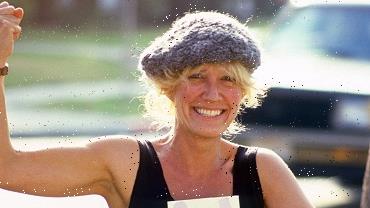 Eve Babitz, whose books including “Eve’s Hollywood” memorably chronicled the Los Angeles music and cultural scenes in the 1960s and 1970s, died Friday.

Her biographer Lili Anolik confirmed her death to the Associated Press.

Babitz saw a renewed appreciation for her work as a younger generation of writers discovered her fresh and frank voice. Her other books included “Slow Days, Fast Company,” “Sex and Rage,” “Two By Two,” “L.A. Woman” and “Black Swans.”

Babitz attended Hollywood High and at 20 years old, posed nude for the famous image of herself playing chess with Marcel Duchamp. Later in the 1960s she designed album covers for Atlantic Records artists including Linda Ronstadt, Buffalo Springfield and The Byrds, notably a collage design for 1967’s “Buffalo Springfield Again.”

Dating celebrities including famously, Jim Morrison, as well as Harrison Ford, Steve Martin, Glenn Frey and Stephen Stills, she circulated on the Hollywood scene with the likes of Jack Nicholson, Joan Didion, Dennis Hopper and Andy Warhol, turning those associations into a mix of memoir and fiction that vividly captured everywhere from the Sunset Strip scene to the parties of Venice Beach and a trip to Dodger Stadium.

A unparalleled cultural connector, she introduced Frank Zappa to Salvador Dali, convinced Martin to wear a white suit and tried to talk Morrison out of naming his band The Doors. She wrote to “Catch 22” author Joseph Heller saying, “I am a stacked eighteen-year-old blonde on Sunset Boulevard. I am also a writer.”

That literary effort didn’t pan out, but later in her twenties, Didion recommended her to Rolling Stone magazine, and she went on to write for Vogue, Cosmopolitan and Esquire.

Though her writing revolved most frequently around her own experiences, it also showed a deep love for Los Angeles. “Culturally, L.A. has always been a humid jungle alive with seething L.A. projects that I guess people from other places can’t see. It takes a certain kind of innocence to like L.A., anyway. It requires a certain plain happiness inside to be happy in L.A., to choose it and be happy here,” she wrote in the essay “Daughters of the Wasteland.”

Babitz suffered extensive injuries in a 1997 fire when she dropped a cigar on her skirt while driving, and was rarely seen after. But Anolik tracked her down for an influential 2014 article “All About Eve — And Then Some” that became full-length biography “Hollywood’s Eve.”

The article led to her books being re-issued and events such as a New York panel called “The Eve Effect” with Zosia Mamet and Jia Tolentino.

A series at Hulu based on her memoirs was in development with Amy Pascal, Liz Tigelaar and Elizabeth Cantillon in 2017.

She is survived by a sister, Mirandi.