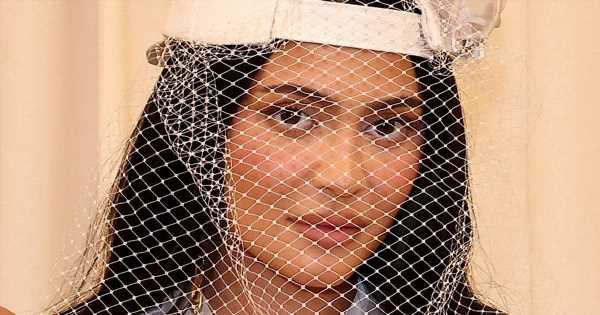 The reality star was among the last celebrities to arrive at the star-studded event on Monday evening (May 2), alongside sister Kendall Jenner, mum Kris Jenner and half-sisters Khloe and Kourtney Kardashian.

Kim Kardashian arrived at New York's Metropolitan Museum of Art a short while after, with comedian boyfriend Pete Davidson.

The theme celebrities were meant to follow at this year's event was Gilded Glamour and White Tie.

Kylie turned up on the red carpet in a trailing, wedding dress-like frock. She even completed the look with a veil.

However, what confused fans was the white snap back cap she wore underneath the veil.

"What the f*** does @KylieJenner have on is my question," asked another.

A third suggested the look was inspired by Homer Simpson, sharing a snap of the iconic character in a similar get up.

A fourth person said: "Taking off my glasses for the night because after seeing Kylie Jenner’s 2022 met gala look I’ve seen enough."

"PLEASE KYLIE NOT THE FISHNET SNAPBACK," said a fifth.

Another fan asked if sister Kendall could have "spoken to Kylie", sharing a snap of the former's lavish outfit.

Kendall appeared the complete opposite of her sister, in a massive black dress and with no auxiliary head gear.

She wore her signature brunette locks loose and down which seemed to mirror her incredibly long billowing trail.

"Kendall Jenner's red carpets never fails to impress me ever," gushed one fan on Twitter.

Agreeing, another said: "Kendall Jenner did not disappoint with her look this year <3."