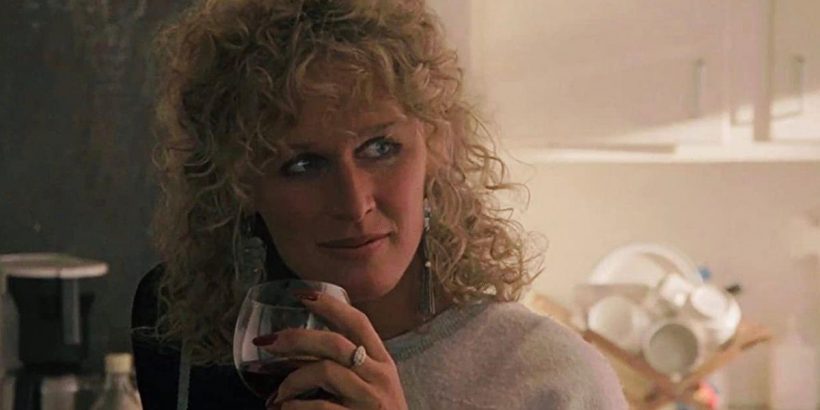 Psychological thriller Fatal Attraction took the world by storm when it was first released in 1987.

Exploring the themes of marital affairs and worryingly obsessive behaviour, the film quickly became a massive success at the box office grossing over $320million and garnering six Academy Award nominations during the late 80s.

With its intense storyline, sexually heightened scenes and terrifying ending, the popular flick also catapulted the likes of actors Michael Douglas and Glenn Close to an elite level of stardom.

Initially, producers Sherry Lansing and Stanley R. Jaffe both had serious reservations about casting Glenn Close to play the iconic role of Alex Forrest as they felt she couldn't be sexual enough for the part.

But without Glen's amazing portrayal the film may not have been what we know and love today.

So to celebrate the 34 years since the movie was released, Daily Star have taken a look back at where the cast are now.

Although Dan was in a loving marriage with his wife Beth, he embarked on a weekend fling with Alex Forrest which resulted in deadly consequences.

Michael nailed his portrayal of the thoughtless adulterer, but by the end of the film, viewers perceptions of him changed when they realised that he was fighting for his and his family's life.

Although the star was already well-known in the Hollywood circuit for being the son of actor Kirk Douglas, Fatal Attraction certainly propelled Michael into a new found level of stardom.

The actor then went on to star in other well-known films such as The War Of The Roses, Black Rain and Disclosure.

But away from the cameras Michael had personal problems of his own.

In 1992, the Basic Instinct star was hospitalised for an addiction which some claimed to be related to sex.

However, Michael denied the claims and said he was in rehab for alcohol abuse. He has also spoke openly of recreational drug use.

Several film critics also believed the star was becoming heavily type casted and some of his more sexually heightened roles could be pertaining to his real life struggles.

Although the couple caused controversy amongst fans for having a 25-year age gap, they have gone on to prove that age is nothing but a number.

In 2010, Michael's future suddenly seemed uncertain when he announced that he had stage four cancer in his throat.

But incredibly, Douglas has come back from what originally seemed like a death sentence.

Originally Michael's cancer diagnosis left several reporter confused at the time due to its location but the actor later revealed that he actually had tongue cancer.

Now in his 70s, Michael has continued to work in front and behind the camera and recently starred in Avengers: Endgame and Ant Man.

Actress Glenn Close played the unforgettable adulterous Alex Forrest who becomes obsessed with with Dan after a very brief affair.

The star made a crazy character almost sympathetic at certain points throughout the film, or at the very least understandable.

But viewers were definitely left disturbed when Glenn's character Alex took it upon herself to boil a rabbit to seek revenge on her lover Dan.

Glenn's terrifying portrayal was awarded a Best Actress nomination from the Academy for her efforts.

After the success from the 80s flick, Glenn continued to work in films and starred in her next project Dangerous Liaisons which earned her another nomination for the Academy Award for Best Actress.

The star went on to appear in films such as 101 Dalmatians and TV movie The Lion in Winter.

In her personal life, Glenn hasn't always been so lucky in the department of love.

Since her first marriage to James Marlas in 1969, Glenn has been married and divorced three times.

The star shares one daughter named Annie Starke with her ex-partner John Starke who she was in a committed relationship with from 1987–1991.

Now aged 74, the Hollywood legend has continued to work in film and television. In 2020 Glenn starred in Hillbilly Elegy and received an Academy Award nomination for Best Supporting Actress.

Tortured by Alex's obsessive grudge, Archer played the victim of the circumstances that followed from her husband's sordid affair.

After the film came to an end, Anne continued to work in film and television and was considered hot property in Hollywood in the 90s.

In 1990, the star had leading roles in three movies: Love at Large alongside Tom Berenger, Narrow Margin, and Eminent Domain.

She also appeared alongside Harrison Ford in the 1992 spy thriller film Patriot Games and its sequel Clear and Present Danger.

Later on in her career, in the year 2000, Anne co-starred in the war film Rules of Engagement and the action film The Art of War.

One of her most recent credits include playing Trudy Morris in Law & Order: SVU.

Only being around the age of five or six when the film was being made, the young child star certainly left her mark as the loveable only child to the married couple.

Ellen continued to work as an actress but hasn't really had any major roles since her big break in Fatal Attraction.

According to IMDB, the star also appeared in National Lampoon's Christmas Vacation in 1989 and The Equalizer TV series also in 1989.

In 2016, Michael Douglas reunited with Ellen and took to Facebook to share a picture of himself with the child star.

He penned: "Reunited with Ellen Hamilton Latzen at the Motion Picture and Television Fund “Reel Stories” event last week. Ellen was volunteering for the event and played my 10-year-old daughter in “Fatal Attraction” in 1987.

"How time flies!" He exclaimed.