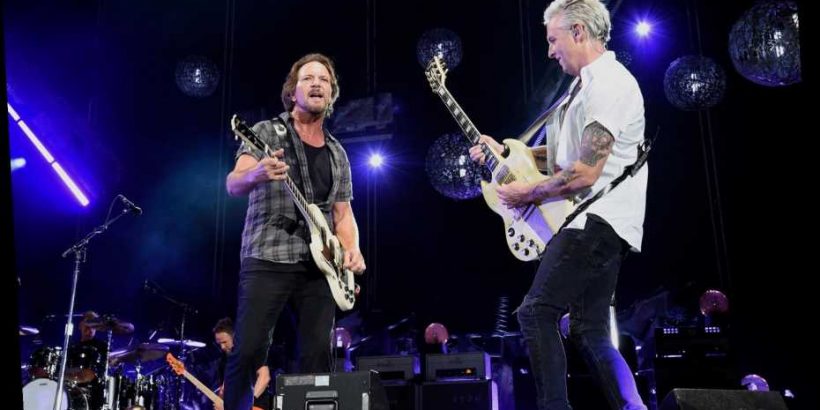 Pearl Jam surrendered to the inevitable earlier this week by bumping their European tour, which was originally slated for summer 2020 and then summer 2021, to summer 2022. “Pearl Jam is encouraged by the vaccine rollouts happening around the world and eagerly awaits the day they can tour again,” they wrote in a group statement. “In the meantime, the band hopes everyone will stay vigilant and keep wearing masks in anticipation of gathering safely together in 2022.”

The group planned on spending the past year on the road all over the world in support of their new LP Gigaton, beginning with a special SiriusXM show at New York’s Apollo Theater on March 26th. Sadly, the timing could not have been worse and they postponed all the shows before they had a chance to play a single Gigaton song live.

Flashback: The Who Perform 'Another Tricky Day' on German TV in 1981

The 10 Most Bizarre Country Christmas Songs

In September 2020, when speaking to Rolling Stone about the band’s PJ Votes 2020 initiative, bassist Jeff Ament said the group wasn’t willing to rule out some sort of virtual or socially distanced concert. “We’ve talked through so many different ways,” he said. “I have friends that have done the drive-in shows. I think it’s been weird, but also some of those people have said it was so good just to be with the band again. We need to figure out how to do some of that stuff because this might last for another year or two.”

As of yet, the group has yet to attempt anything like this. And since they took 2019 off to finish cutting Gigaton, they haven’t played live since a seven-night run of American stadium shows in August and September 2018 that hit Seattle, Missoula, Montana, and Chicago before wrapping up with two nights at Boston’s Fenway Park. Here’s fan-shot video of a ferocious “Go” from the second night in Boston.

Nobody in the crowd that night could have imagined they were witnessing the last gig before what’s become the longest break from the road in Pearl Jam’s 30-year career. But pushing the summer 2021 run to 2022 was almost certainly the right call. James Taylor and Jackson Browne, who rolled out 2021 dates yesterday, may think they’ll be playing venues like Chicago’s United Center as soon as late July, but that feels a little overly optimistic. The world might indeed be opened up by that point, but right now the fall feels like a safer bet than the summer.

Whenever Pearl Jam are able to play again, that first show back is going to be something very special. They’ve got a whole album’s worth of material to play and three years of pent-up energy.