Christmas number one: LadBaby on why they made parody song

After taking Christmas No 1 for the last couple of years, LadBaby aka Mark Hoyle, is returning for a third attempt in an effort to raise more money for foodbank charity The Trussell Trust. Released this Friday, the latest is a spoof of Journey’s Don’t Stop Believin’ in Don’t Stop Me Eatin’ (Sausage Rolls). While the 2020 single cover is a parody of Queen and Freddie Mercury’s Bohemian Rhapsody.

Speaking exclusively with Express.co.uk, LadBaby said: “We wanted to do an iconic cover and we wanted to reference the best, most musical references there are.

“Last year we obviously recorded at Abbey Road, that cover was fun and we really enjoyed that.”

As a family of four, he said it made sense to do The Beatles’ last year, while it also worked with Queen’s four-member band in Freddie Mercury, Brian May, Roger Taylor and John Deacon.

Asked about photographing the Bohemian Rhapsody cover, the 33-year-old admitted: “It was a flipping nightmare to shoot with two kids!” 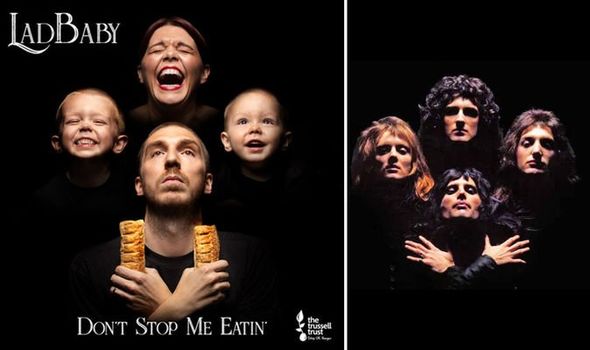 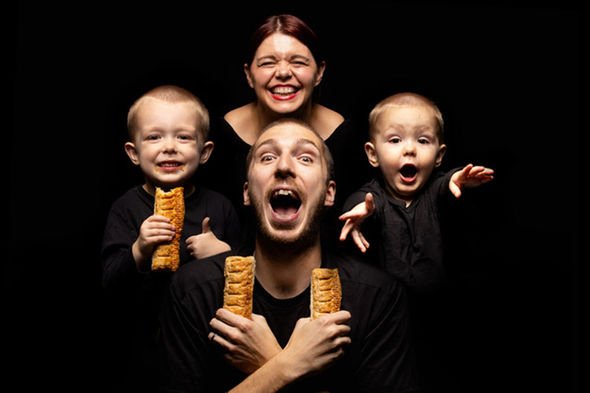 LadBaby said just how hard it was to get his kids to look in the right direction and be smiling.

He added: “I reckon there’s more photoshopped in that cover than’s been spent on anything else!

“We had a few sausage rolls on set, I ended up with pastry covering my shoulders and my back. You don’t see that as it was nicely touched out!”

Apart from the snap being the cover of their Don’t Stop Me Eatin’ single, the photo also ended up being a heavily requested Christmas present from LadBaby’s extended family. 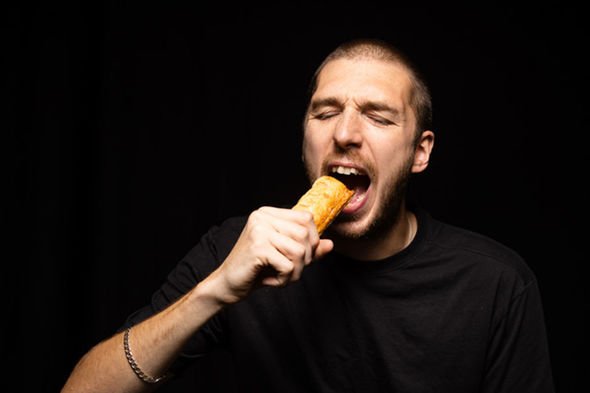 The two-time Christmas No 1 winner said: “Y’know what it was good fun and it was nice actually when we’ve seen it come through.

“Bizarrely a lot of our family have asked for it on a canvas for Christmas because it’s such a nice photo.”

Asked why he chose Journey’s Don’t Stop Believin’, LadBaby admitted they had run out of songs with rock and roll in the title.

He said: “What we’ve tried to do for the last two years is find songs that families love and that families know. We want to do a song that Mum, Dad, Granny and the kids can have a little dance to it.”

LadBaby continued: “We looked at karaoke songs and Journey’s Don’t Stop Believin’ always ranks high and obviously puts people in a feel-good mood; something they feel confident about singing.

“So we thought, ‘Why not? Let’s give it a go and weave some sausage roll magic into that!’ And you know what? I think it’s a kind of sentiment of what we all need this year.

“Don’t Stop Believin’ that things are gonna get better and 2021’s gonna be a better year. It just felt right!”

The 33-year-old wasn’t going to attempt the Christmas No 1 again this year until he saw how the pandemic was affecting communities.

LadBaby shared how The Trussell Trust told him that in the first six months of the pandemic they handed out 1.2 million food parcels.

He said: “That’s more than they’ve ever handed out in any six-month period and so I thought ‘You know what, I’m going to try again’.”

Summing up, he said the single is not only to make people smile but raise money for a charity that needs it more than ever.

LadBaby’s Don’t Stop Me Eatin’ is released on December 18 and can be pre-ordered here.