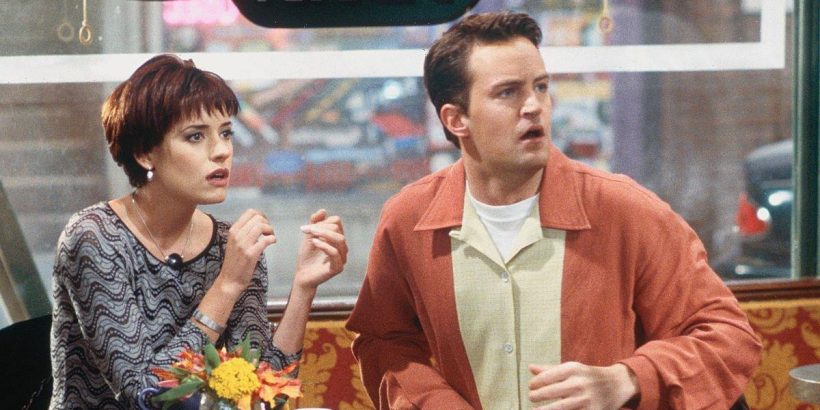 Friends star Mathew Perry looked nothing like Chandler Bing as he glided around Los Angeles with an iced beverage in-hand.

The 52-year-old actor, who was spotted wearing a baggy grey t-shirt, sweat pants and white laceless trainers may have even appeared unrecognisable to some adoring fans.

His hair was worn in ruffed-up style, with the normally clean shaven TV star rocking a slight beard and moustache.

Monica's Gella's husband on the famous sitcom looked worlds away from his character of 18 years.

Walking without a care in sight, he clutched at a large iced coffee while out in Beverly Hills.

Last year, Matthew separated from his fiancee Molly Hurwitz and has rarely been seen out in public since.

After two years of dating, the Friends star got down on one knee, asking Molly to be his wife in 2020.

According to reports last year, their wedding was called off after Matthew had allegedly "flirted with other women" while the couple were on a break.

It was reported that Matthew had matched with a 20-year-old girl on the popular celebrity dating site Raya, with the actor accused of flirting with her.

After the scandal had been exposed by the girl on Raya, a source revealed to OK! magazine that Molly was taking "a breather" from her relationship with Matthew.

It is understood that Matthew has since been hidden away as continues to work on a tell-all book called Friends, lovers And The Big Terrible Thing.

Announcing the book, the millionaire told fans: "So much has been written about me in the past. I thought it was time people heard from me.

"The highs were high, the lows were low. But I have lived to tell the tale, even though at times it looked like I wouldn’t.