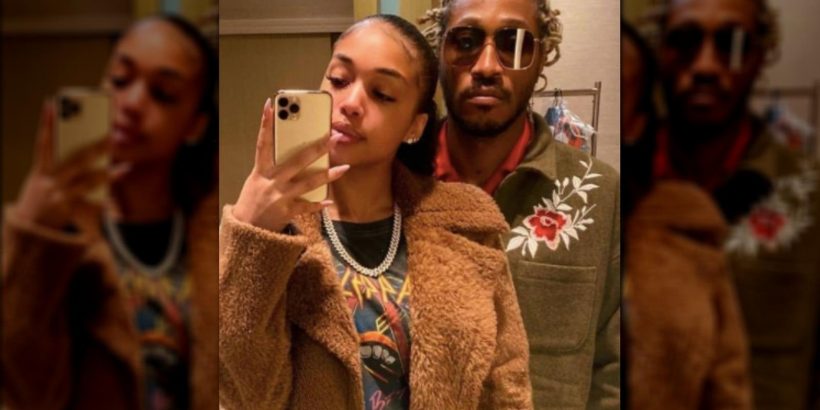 Future doesn’t have the best history when it comes to respecting the women he’s romantically linked to. With a love life filled with buzzworthy drama like Future’s, it’s only right that people would side-eye his relationship with Steve Harvey’s stepdaughter, Lori Harvey. Per Showbiz Cheat Sheet, the two were first linked in December 2018 when Future hinted at their relationship. The rumors later resurfaced in October 2019.

Initially the news of their relationship shocked everyone, as critics couldn’t help but point out that the two were polar opposites. Harvey is an Instagram influencer who seemingly indulges in all the luxurious things in life in her own privacy. The rapper, on the other hand, is a father of eight who often writes misogynistic bops for the masses. Despite their differences, the ex-lovers effortlessly became a popular couple in the rap industry. Most were shocked to see Future sharing a number of photos of Harvey on his social media accounts. The two even went on vacation in Jamaica for Harvey’s birthday. As their relationship grew deeper, Future mentioned his then-beau’s name on his “Accepting My Flaws” track: “Sittin’ on my porch, I’m in disbelief/Give me glory, give me Lori/That’s victory.”

Although there were high hopes that Harvey was “the one” for Future, unfortunately it didn’t end that way. The two split in August 2020 and have yet to confirm the reason. Harvey hasn’t commented on her previous relationship with the “Drankin’ and Smokin'” crooner, but he has something to say about their split. Read on!

Compared to Future’s exes, Lori Harvey hasn’t been tied into any drama related to the rapper since their split. The rapper, who is known for sending women back to “the streets,” may have come up with his next toxic catchphrase in a collaboration with 42 Dugg. Making an appearance on the rapper’s “Free Dem Boyz” album, Future disses Harvey on a leaked snippet of “Maybach”: “Magic City, I’m the owner/Tell Steve Harvey I don’t want her/One thing I never seen was a b***h to leave.”

Twitter users weighed in on the rapper’s shady lyrics, with one user writing, “I think Lori the one that don’t want future.” Another user suggested that Future used a reference to his ex to garner publicity towards his next feature: “Future got everybody riled up by mentioning Lori .. and that’s exactly why he did it! He know what move y’all.”

Since their breakup, Harvey and Future have both entered relationships. While Future is dating Atlanta rapper Dess Dior, Harvey is dating award-winning actor Michael B. Jordan. Steve Harvey has showed support for his stepdaughter’s relationship with Jordan. The comedian said of the “Without Remorse” star (via Complex), “I have tried to find something wrong with him…’cause I done got rid of all of them. […] Some of them snuck in the back door on me and lasted a lot longer than I wanted it to. But this guy, is such a good guy. He is one of the nicest guys.” Could that be why Future threw shade?