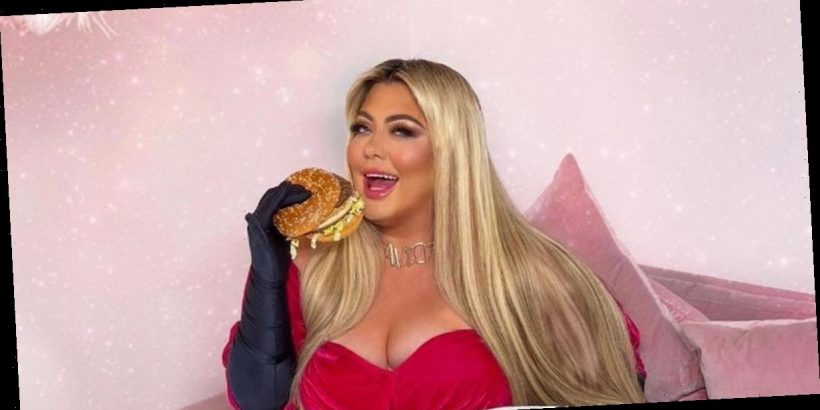 You can't beat a Maccie D's on cheat day, as proven by the icon that is Gemma Collins.

The TOWIE star has been showcasing her dramatic weight loss in recent weeks, but the TV reality diva proved she’s human just like the rest of us as she scoffed a McDonald’s.

Earlier this week Gemma was criticised by some of her fans for her “tiny” meals.

The 40-year-old posted a photo of her minuscule lunch made up of a small piece of cooked salmon and five miserly slices of cucumber.

But her Easter Bank Holiday treat in Shadwell was of the fast-food variety.

Gemma was snapped drinking fizzy pop from the recognised takeaway and then rummaging in a bag of goodies for a burger.

The star, sporting a white jumper, was then whisked away in a posh white Range Rover Discovery, perhaps to go home to her Essex mansion.

Gemma, who has been open about her struggle with her weight in the past, has been working hard to shed the pounds.

She has lost three stone in weight with a new strict diet and fitness regime, but even she couldn’t resist the temptation of a trademark 99p cheeseburger.

Gemma has posted plenty of Instagram videos of herself working out in her garden or running up the steps to her house in a concerted bid to get fit.

She has rebranded herself as the “fitness queen” and has stressed she has traded in her high heels for trainers instead.

And instead of glamorous dresses the star is now often pictured wearing sports gear and trendy tracksuits.

However, earlier this week, Gemma revealed she regrets promoting Skinnyjabs, which are used to help with weight loss.

The self-confessed diva is now “obsessed” with naturally losing weight through hard work and dieting, rather than the potentially “life-threatening” injections.

“I have said that I’m not promoting any diet injections or anything like that,” stressed Gemma, speaking on her GC podcast.

"I kind of regret doing it but I feel like sometimes you’re in such a desperate place and you want to lose weight, but actually I’ve come away from all the diet promotion because I wish we could get rid of that word diet.

"It’s basically what works for you. I eat scrambled eggs, bacon, avocados, I have two bits of chocolate, I have jelly, nuts.

"But my diet may not work for you, it’s just a healthy eating plan that works for you.”