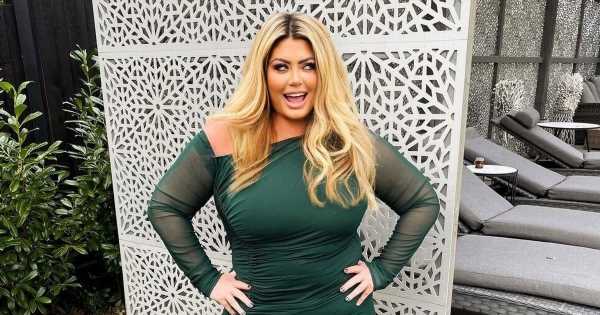 Gemma Collins has revealed that she is taking a break from her showbiz lifestyle in order to get pregnant, while giving herself a very strict timeframe to conceive.

The Sun has reported that the TOWIE alum, 41, will be taking a step back from her star-studded life in a bid to conceive before she gets wed to Rami Hawash.

Using this coming summer as a way to relax and recuperate, Gemma hopes that she will get pregnant over the coming months.

She revealed that she doesn't have a day off until August 1, which means when she has time off work this summer where she can focus on having a baby. Gemma told the paper: "We are getting to that point where we need to concentrate on having a baby," before revealing the strict timeline she has given herself and her beau.

"I really want to just rest after August and spend time with Rami and make the baby," she explained.

She then dropped the huge bombshell of the timescale, saying: "I’ve given myself a six month window." Gemma said that if she doesn't take a break from work and try to conceive this year, it will be never ending, before hinting at a huge TV comeback.

The former TOWIE star who went on to have her own ITVBe programmes has said that when she falls pregnant she might be willing to let the cameras back into her life once more. She first started dating Rami in 2011, before their first engagement in 2013. But things soon turned sour and the pair parted ways.

Last summer it was revealed that the pair had rekindled their relationship after Gemma had a rocky romance with TOWIE co-star James Argent.

But happier than ever and totally loved up, things were on the up for the GC and she and Rami became engaged in December 2021.