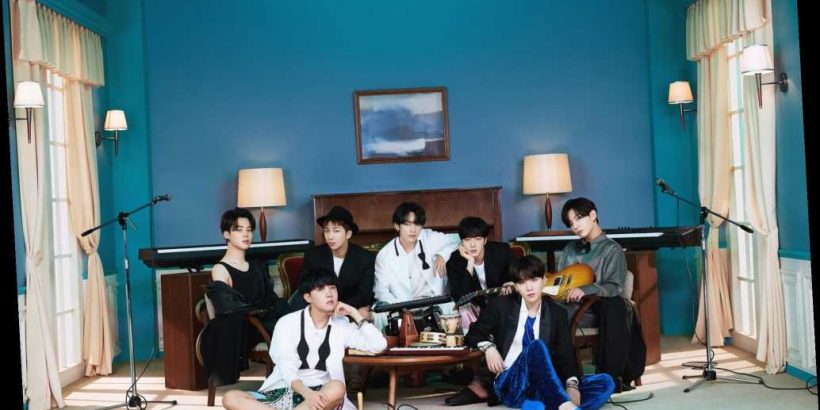 MTV announced Tuesday that the Grammy-nominated band BTS will make their first appearance on the fabled acoustic program MTV Unplugged.

The network made the announcement on its social media pages, offering a sneak peek at the Korean boy group's first appearance on the franchise.

"BTS will bring its own iteration of the iconic Unplugged format to life straight from Seoul, South Korea, offering their fans a front-row seat to never-before-seen versions of the group's most career-defining hits," MTV said in a press statement. Prior to their performance on MTV Unplugged, BTS are set to issue an 'Essential Edition' of Be. This revamped version of the album is set to feature "different components" compared to the original release but will come with an identical tracklist.

Be includes the global hit "Dynamite," which garnered the group's first nomination at the 2020 Grammy Awards. The eight-track release additionally contains the single "Life Goes On," which premiered at the top spot on the Billboard Hot 100 chart.

In a statement, MTV teases the show will give viewers a "front-row seat to never-before-seen versions of the group's most career-defining hits and songs from their latest album Be (Essential Edition), in intimate settings."

RELATED NEWS: BTS Light Up 2020 American Music Awards with Performance of 'Life Goes On' and 'Dynamite'

In November, Jin, Suga, J-Hope, RM, Jimin, V, and Jungkook were named music innovators of the year by WSJ Magazine. The annual awards show celebrates "the year's trailblazers setting the cultural agenda in their respective industries."

The MTV Unplugged Presents: BTS special will debut in South Korea by SBS MTV on Feb. 24 at 11 a.m.