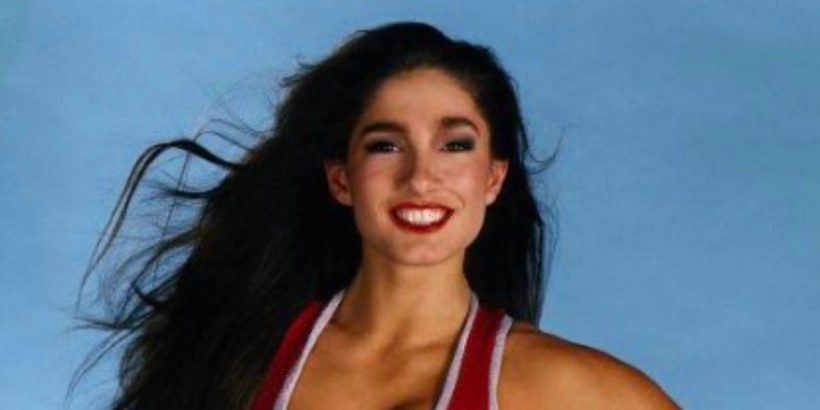 Gladiators star Jet and co-star Hunter dated for a year when they were just a pair of young competitors taking part in the ITV iconic game show battling in a series of challenges to become champion.

Sex symbol of the 90s Jet, real name Diane Youdale, was a star on the show from its first season through the end of season four and was one of the most loved Gladiators on the popular show.

Now aged 51, and still as stunning as ever, Diane has opened up her short-lived love affair with one of her fellow Gladiators.

Jet was 21 when she dated Hunter star James Crossley, a 19-year-old hunk who joined the cast in the show's second season.

Speaking to the Daily Star, Diane revealed: ""James and I were together for a year and it was after I left that we kind of split up."

She went on to share exactly what she thought about the show's host Ulrika Jonnson, who went on to date Hunter after Jet's time on the show ended.

"I mean I'm being a cougar at 21 but we remained good friends ever since and it was after I'd left the show that I think he got together with Ulrika".

"I have to admit, I think that Ulrika is one of the funniest women I've ever met.

"She is super bright, super self-evasive

"Brave I think, too. She just sort of has this Swedish courage thing going on."

Ulrika and James had a brief 'physical' romance in 1996 and the now 54-year-old mum of 4 shared a heartwarming message on her Instagram to her old flame in April when he appeared on reality TV experiment show The Circle.

Diane's TV career did not end with Gladiators – she went on to appear as a regular psychotherapist on Big Brother's Bit On The Side and up until 2011 she co-hosted a BBC Tees mid-morning show with Neil Green.

She made a brief reappearance as the beloved beauty Jet in Channel 4's Big Fat Quiz of the '90s back in 2013.