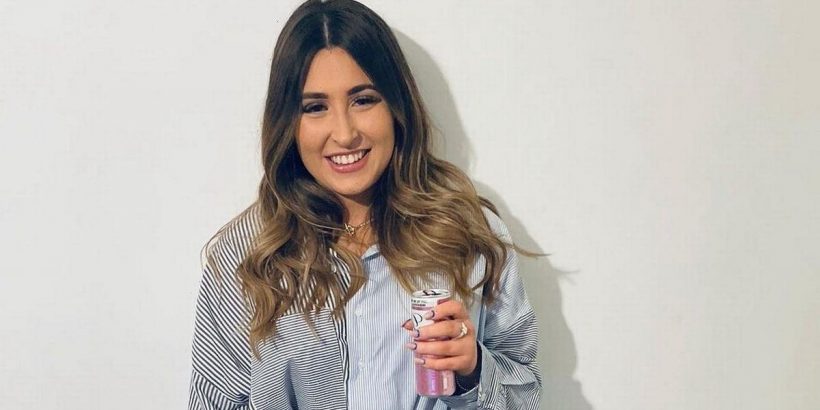 Gogglebox star Sophie Sandiford has shared a sweet photo alongside her boyfriend Ben McKeown as they posed in front of the Eiffel Tower in Paris.

The loved up pair looked radiant as they smiled happily for the photo during their romantic European getaway.

Heading straight to the comment section, fans complimented the gorgeous pair while some questioned whether Ben had asked for Sophie's hand in marriage.

One social media user penned: "As he popped the question yet?"

Another echoed: "Very romantic, is there a [ring emoji] involved?"

"Beautiful picture you both look very happy," a third added.

While a fourth spoke favourably about Sophie on Gogglebox and wrote: "Enjoyed watching you and @sandifordpete on Friday nights can't wait for next week's @c4gogglebox hopefully more on @strictlytv and enjoy it because 1 couple will be eliminated on Sunday's results show."

TV star Sophie first introduced fans to Ben in April as she posed for him as they attended a wedding together alongside her Gogglebox co-star and brother Pete and his wife Paige.

Sophie and Ben's relationship appears to be going from strength to strength as they recently enjoyed some time away in Belfast where they attended a gin factory.

Sophie's brother Pete welcomed his first child with his wife Paige in 2021. He also debuted his little one of the popular Channel 4 programme.

More recently, Pete's son Jimmy has appeared next to his dad on the Friday night show, this time showcasing how he can already sit up on his own on the sofa that Pete usually sits on.

Earlier this year, Pete spoke openly to his sister about an awkward moment during his first date with wife Paige.

He recalled: "It got quite awkward actually, our first date, when me and Paige went. We were in this bar in London and I bought this bloke a beer which, in London, people never seem to buy anyone else a drink.

"So he was like my best friend – he didn't leave us alone, so he was with us for the whole date!"