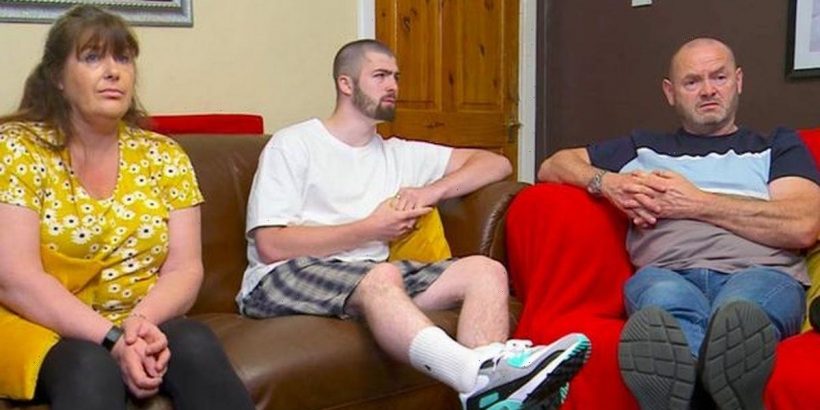 Although Tom recently announced his departure from the hit Channel 4 show, he is still used to entertaining his fans.

Using Instagram to share the reaction, Tom uploaded a picture of his new hairstyle alongside a WhatsApp conversation showing his mum's response.

After sending her a picture of his bleach blonde hair and dark brown beard she thought the picture was a joke.

She wrote, "Your joking? You're winding me up, it's an app? Please tell me it's a joke, it's terrible." Julie, who also has three other children as well as Tom, was even more upset because of the upcoming baptisms of her grandchildren.

She added, "You wouldn't, not when you have your niece and nephew's baptisms coming up!!"

Tom seemed to take the criticism well as he replied, "It's very real mum" with a crying face emoji before he hen sarcastically thanked his mother for her support.

The 26-year-old previously told fans on TikTok that if England won the Euros he would dye his hair blonde.

Despite England's tough defeat to Italy in the final, Tom left it up to his fans on Instagram to decide the fate of his hair.

After a majority vote, Tom said, "Turns out people would like me to look silly so I guess I’ve got to do it."

The former reality TV star then documented the process of dying his hair on his TikTok page, leaving his fans in hysterics.

Documenting the journey to nearly 800k followers, Tom showed the whole process of his hair turning from dark brown to bleach blonde.

With his girlfriend, model Bryony Briscoe, dying his hair for him, Tom was surprisingly pleased with the result.

Looking at his new hair in the camera, Tom's verdict was, "Not too shabby."

Despite the entertaining process, Julie Malone was still not pleased with the outcome.

Jokingly Tom said: "She wasn’t a fan but there’s no need to bring the baptism into it."

The Malone family have featured on Gogglebox since 2014 with Tom's mum, Julie, dad, Tom Sr, and his brother, Shaun.