But with The Great British Bake Off being filmed when he still sported the Goth look, it’s taking us some time to get used to the massive change.

Noel showed off his new golden locks during a rare public appearance with his partner Lliana Bird. 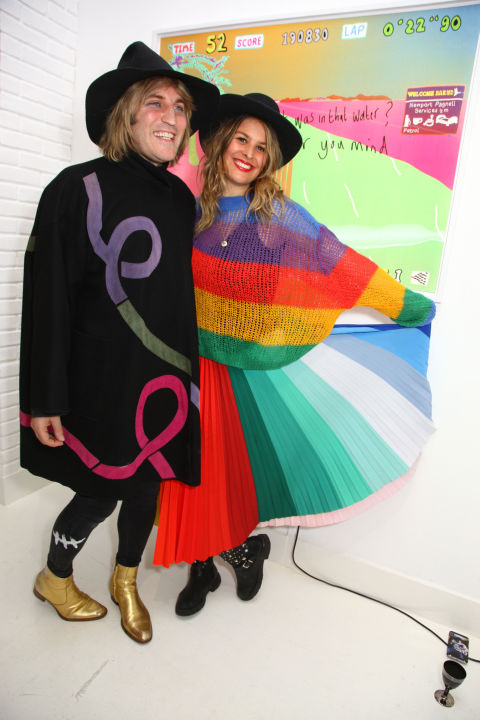 Proving he is still very much part of the Goth Detectives, the 45-year-old wore an interesting black outfit with gold boots while radio host Lliana was all in rainbow as they attended a private view of Daft Apeth by Kasabian’s Serge Pizzorno at Noho Showrooms.

The couple have been together since 2010 and recently welcomed their first child together – a baby called Dali.

Bake Off viewers recently couldn’t cope after Noel made a Star Wars reference to contestant Rahul.

Unfortunately Rahul has never seen the franchise, and had no idea what The Mighty Boosh star was talking about. 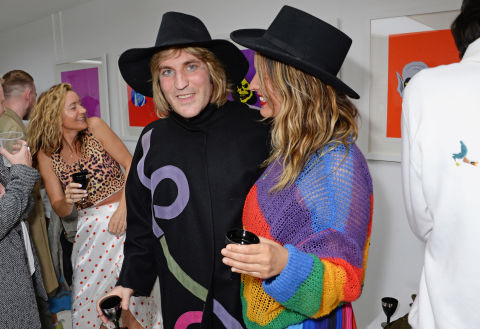 On this week’s (October 16) Bake Off, a stressed-out Rahul was trying to get on with baking his Showstopper when Noel decided to give him a bit of encouragement.

“I believe in you,” Noel, the wise Jedi Master said. “Have you seen Star Wars?”

Rahul then admitted that he had not, with Noel adding: “You’re Luke Skywalker now, and I’m Yoda.”

“What are you talking about?” a confused Rahul further asked, leading Noel to launch into an ace Yoda impression. 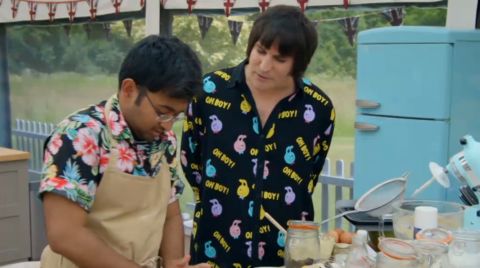 The baker clearly had no idea what the presenter was on about, as Noel added: “You were probably too busy studying science. While I was pretending to be a Jedi.”

The Great British Bake Off airs on Channel 4.