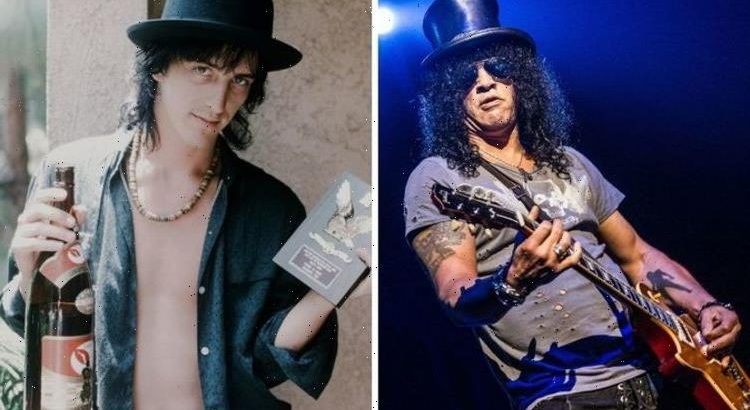 Brian May reveals how he caught covid

Guns N Roses nearly broke apart in 1991 when Izzy Stradlin infamously walked away from the band. Slash recently shared his own “resentment” over the split and the “issues” that remained between the pair in the aftermath. Not only this, but the guitarist also confirmed a new album is in the works after years without fresh material. Finally, he spoke about the dramatic difference in working with Axl Rose today, compared to their prime.

In a powerful interview with Louder, Slash didn’t hold back his thoughts on Stradlin’s departure.

“At that time, the fact that [Stradlin] quit wasn’t an issue,” Slash said. Adding: “There was no judgement about any of that. I don’t think anybody judged anybody else on how they behaved outside of being able to show up and do the gig.

“I was admittedly resentful of that whole trip with Izzy leaving because whatever had gone on for him that forced that sudden change, I was like, man, I died eighteen times prior to that! It didn’t faze me! But when he quit, he was looking at us going: ‘These guys are going to f**king die!’ My whole attitude was like: ‘I’ll get on with it. Don’t f**king worry. I’ll manage.’

“So, there was a certain kind of resentment there – of not really understanding or appreciating where Izzy was coming from. In hindsight, I still sort of feel the same way, I guess, about that. Like, don’t worry about me.”

Back in 2016, when fans were eagerly awaiting the reunion of the group, there was hope that Stradlin would join them again. Sadly, this did not come to pass, with Slash also revealing that it was never really going to happen.

The guitarist explained that he hasn’t “really talked to [Stradlin]” since 2016, hinting at several “issues” that got in the way of a full reunion. However, he did not reveal what these problems were that held Stradlin back.  There were efforts made to put aside their old differences though, as Slash said: “We wanted it to work out, but we couldn’t seem to meet eye to eye on the whole thing. So it just never happened.”

Despite not releasing a full album since 2007’s Chinese Democracy, GnR released two new singles in 2020 – Absurb and Hard Skool.

They were not completely original tracks though, as they reworked material from Chinese Democracy. GnR are continuing to build off the success from these singles, with Slash finally confirming their next album is almost here.

Slash explained: “There’s new Guns material coming out as we speak, and we’ll probably keep putting it out until the entire record’s worth of stuff is done and then put it out solid.

“It’s cool. I’m enjoying working on the stuff and having a good time doing it.”

Slash is clearly excited about the new material to come, revealing that the group has a new “synergy” that was not there when they originally got together in 1985.

It comes after both Slash and lead singer Axl Rose helped each other get over a “sort of hump of negativity,” and that despite the time that had passed, it was just like the old days again.

Slash continued: “It was a real simple, relatively short conversation that we had… In all these years that we’ve been apart, [Axl’s] become super-fucking professional. And he’s never missed a beat during this whole time. So it’s been great. There has been a sort of synergy that’s been happening this last six years that we never had in our first incarnation.”

The rest of the band has remained quiet on the new album, with Duff McKagan also working on the material.

GnR continues to tour regularly, as they have gone since 2016, though over the last couple of years they have had to delay numerous concerts.

A release date has not been revealed for the new album, but it seems likely it will hit a 2022 or 2023 release window. It will be their seventh studio album and first one in at least 15 years.