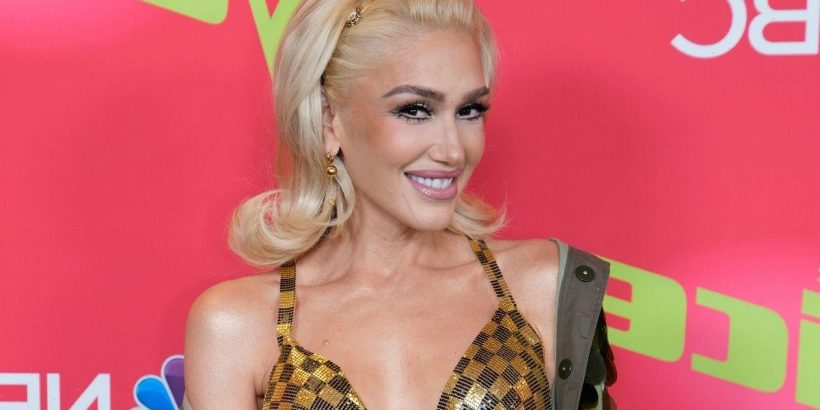 The Sweet Escape songstress donned a black wig for the semi-final result episode of the American version of The Voice on Tuesday night (December 6).

The 53-year-old looked incredible while sitting in her iconic red chair while wearing a long at the back, short at the front shiny asymmetrical wig that trailed down her front.

With a full fringe framing her face and ageless features, Gwen looked worlds away from how many people know of her. Usually sporting platinum blonde locks, the singer was almost unrecognisable to some of her fans while donning the wig and a stylish fitted dress.

Fans were completely confused when Gwen posted a video of the look on Instagram, with one asking: "Who is this? What happened to Gwen?"

Some fans loved the look, with a second added: "I am LIVING for this hair," while a third penned: "She can rock any look."

"Omg I never thought I'd see a day where Gwen has BLACK hair?! Lol of course you pull it off, but gotta love the OG platinum," said a fourth.

But some were adamant that they liked the new look. One person admitted: "No hate it!!!"

"Definitely NOT feeling the dark hair," added a second.

While a third penned: "I prefer the natural Gwen."

And a fourth added: "It's a no on the colour of hair. Blonde is better on you!"

Gwen's hair – which appeared to be a wig – was achieved by Sami Knight, a celebrity hairdresser who also works with Adele and Charlie XCX.

Gwen shot to fame in the 90s in band No Doubt, where she was the lead singer.

The band had the hits Just a Girl, Spiderwebs and Don't Speak.

When the band went on hiatus, Gwen launched a solo pop career, and in 2004 she released her debut studio album Love. Angel. Music. Baby.

With the tracks Rich Girl and Hollaback Girl, she was catapulted to ultimate fame.

These days she dabbles in country music thanks to her husband Blake Shelton, who is a country artist, with the pair both judging on The Voice.