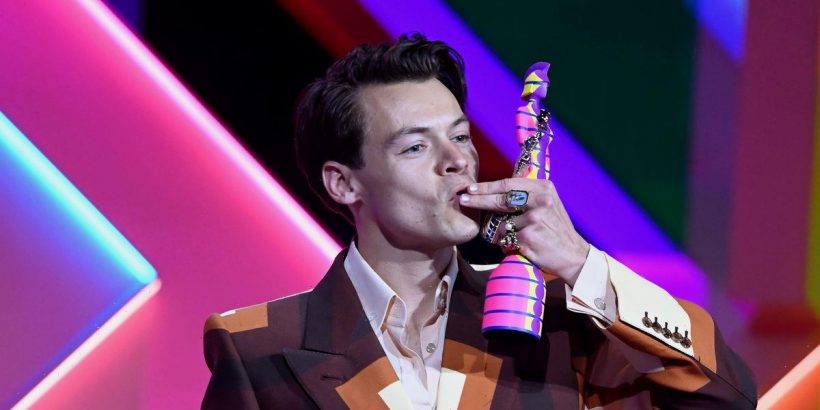 'Watermelon Sugar' was one of the songs of the summer in 2019 and Harry Styles' fans were always a little curious about what the track was actually about – and now the singer has confirmed that the lyrics are about the "female orgasm".

He told adoring fans at his Nashville concert that the song was about "the sweetness in life" as well as the "female orgasm."

E! News reported he confirmed the fact as part of his 'Love On' tour.

There are also lines such as "tastes like strawberries on a summer evening / and it sounds just like a song."

A clip of the moment he confirmed the news was uploaded to TikTok, and has unsurprisingly gone viral.

It's already clocked up 1.2 million likes, and during it Harry can be seen saying it "doesn't really matter" what the song's meaning was.

He added the line about "the sweetness in life" before letting the crowd sing into the microphone.

"It's also about the female orgasm, but that's totally different. It's not really relevant," he insisted.

His supporters will be thrilled to finally have an answer, after many interviewers tried to get him to say what it was about.

Apple Music's Zane Lowe asked: "Everyone's kind of figured out what it's about, the joys of, you know, mutually appreciated oral pleasure."

Styles replied: "Is that what it's about?"

When the music video came out in 2020, he said it was "dedicated to touching."

At an earlier date in the tour he gave a fan love and dating advice, and even quoted from The Notebook.

One fan joked: "Yeah sex is cool but have you heard Harry Styles saying that his grammy winning song watermelon sugar is about female orgasm live"

Another added: "no.. but after two years of pretending to not know the meaning behind watermelon sugar, Harry Styles finally admitted that it was about the female orgasm"

"That song hits even better now. I really wanna see him in concert one day," said one fan hopefully.