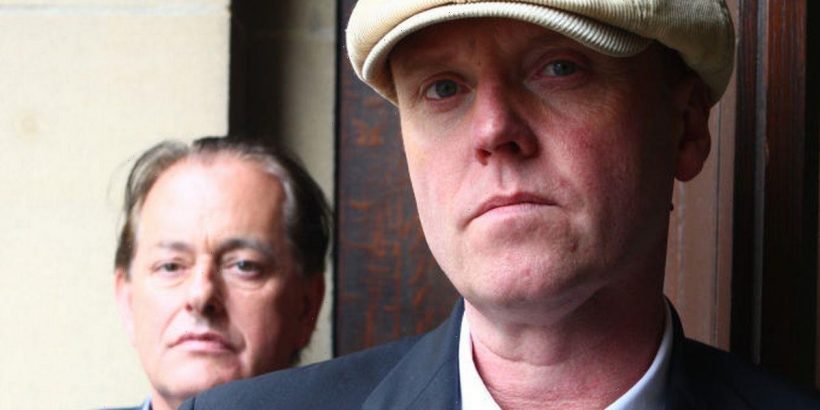 Heaven 17's Glenn Gregory has opened up about one of the most tear jerking performances of his career, as well as creating the music for hit series including Vigil and working with Martyn Ware.

Together with Martyn and Ian Craig Marsh, they produced hits including Temptation and Come live with me and this month, Glenn and Martyn are back out on the road to celebrate four decades of the iconic band.

Along with performing in front of 300,000 people at Pride in London and in cities such as Liverpool and Glasgow, which Glenn says were some of the highlights of his career, Glenn recalled one of his most emotional moments onstage.

The moment he recalls was when Heaven 17 were asked to play at a memorial concert for The Associates singer Billy Mackenzie, who died on January 22 1997, where they performed the track Party Fears Two at the Shepherd's Bush Empire.

Glenn said, "I could barely sing for crying. It was really beautiful, in a full Shepherds Bush Empire.

"We're just going to do this once and we're not going to do it again' and that was it," says Glenn, "then we were playing Glasgow, and Billy's writing partner Alan was there, and Martyn said shall we do Party Fears Two, as an encore?

"We did and I swear you could hear a pin drop," said Glenn.

"You could see people crying. For me, that was one of my highlights onstage.

"Again it was very difficult for me to sing. Occasionally we have done it in the past, and I admit it is on the extended set list, for this one, because we are playing Glasgow. It's almost expected that we do it."

The set list he refers to is for Heaven 17's upcoming Greatest Hits tour, which was postponed last year due to the pandemic.

Touring the UK through November, Glenn said: "It's going to be a party from our end, which very much hopefully will boil over and be a party in the audience."

While the tour will include a mix of their hits and some lesser played tracks including The best kept secret and Sunset now, Glenn does laugh when he admits that he and Martyn sometimes argue onstage over the songs they perform.

"Sometimes we have a bit of an argument on stage, because we'll be just about to do something on the set list and I'll go, oh no, I know what we'll do now! Lets do this.

He adds: "Sometimes it's a bit more Morecambe and Wise, than rock 'n' roll on stage with Heaven 17."

Both he and Martyn have been friends ever since Glenn was 15 years old, meeting at a theatre arts workshop in the centre of Sheffield.

Glenn said that there "you had loads of different bands. I met Ian Marsh before I met Martyn Ware.

"Then Martyn came along about a year and half later, and we kind of connected over the music. Similar tastes in music. Then that was it, we became firm friends all of us.

"We've still got friends from that period that we still hang out with regularly, so we're still close friends"

"The only time we argue is when we're being creative in the studio, or sometimes live on stage," laughs Glenn, "Other than that we're really good friends."

Asking whether the band have any plans to release a new album, Glenn said that it's never a no: "I mean there are new Heaven 17 songs floating around and we keep having an idea of should we do it.

"I look and see artists from that era putting out albums, and I listen to them, and I really like them.

"Maybe we should bite the bullet and write another album, it's never a no," said Glenn.

For now, Glenn has also been kept busy touring with Toni Visconti and Woody Woodmansy on the Holy Holy tour, performing early Bowie songs, something Glenn said he loves doing as "it's just proper loud rock 'n' roll, it's amazing."