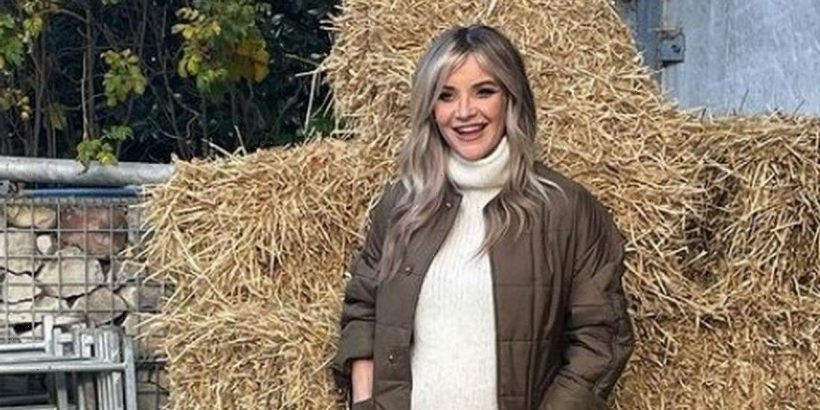 Countryfile host Helen Skelton has revealed her baby’s middle name is a tribute to a cousin who died in her 20s.

She told Hello! magazine: “We were always going to have Kate as a middle name after my cousin, who sadly passed away when we were in our 20s. I was really close to her, she was a scientist and crazy cool.”

Helen's child outweighed her brothers at birth, at 7lb 8oz.

She said: “Louis was just 5.6lb and Ernie was 7lb. I thought she’d be small, but she is my biggest bubba.”

Skelton denied they had tried for a third child in the hope of having a daughter.

“But it wasn’t like that for us,” she said. “We just wanted more children and we wanted the surprise.”

Despite deciding not to find out the child’s sex before the birth, Skelton had the nursery painted pink.

She said she was "convinced" she was having a girl and is now "totally embracing the pink".

She added "with a rugby player and two feral boys", her "world is testosterone-filled enough".

Helen announced to her 260,000 Instagram followers she had welcomed her new bundle of joy into the world.

She captioned of Richie holding a carry cot containing their little one: "Can always count on dickie …. of all the things he’s said (there’s been a lot) 'don’t worry I will be your lido…' while on route to hospital might be my fave. The man meant Doula.

"From the mouths of men. (pic from earlier this week – just haven’t posted partly because my mam likes the family what’s apps to be ahead of insta but mainly because I am still failing to find appropriate words of thanks for our @nhsengland @nhsmillion…. legends the blooming lot of them)."

Helen got married in 2013 and had her first child, Ernie, who's now six, with Richie two years later, followed by Louis, four.

Helen is best known for hosting Blue Peter and and more recently Countryfile.

Her other hosting commitments have included the BBC's swimming coverage, for the Olympics, World Championships and more, and she was a contestant on SAS: Who Dares Wins in 2020