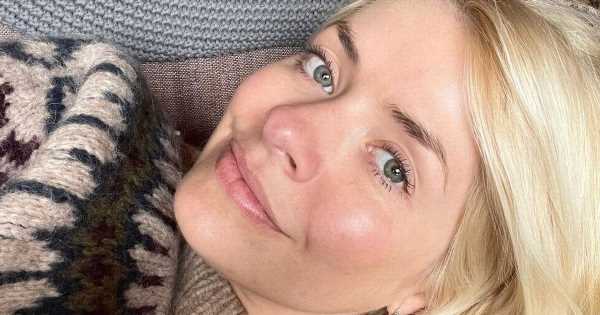 This Morning presenter Holly Willoughby shared an intimate snapshot of her getting ready to enjoy a relaxing bubble bath, but some fans warned the star they could see her reflection in the taps.

The image showed the star’s shiny and clean metal taps running water over the middle of her tub.

Filled with bubbles, the water looked utterly heavenly as Holly prepared to take a dip with her cream wooden blinds drawn at the window on Sunday morning.

But as the presenter’s 7.1million followers took to the comments of her new image, some claimed they could see her naked body in the reflection of the central tap.

"I think my bath loves me," the 40-year-old star captioned her post, spotting her bubbles had seemed to form into a heart shape.

Zooming in, you can just about make out a shape, but whether the figure is dressed or not is unclear.

One envious commenter noted: "I wish my taps were that sparkling."

While another quipped: "Bet she doesn't now."

"Already comments people saying they are zooming in on the reflection," a third said, reading the stream of fans looking out for a reflection peppered amongst.

A fourth warned: "Careful of the tap reflection."

"Reflection on the tap," another added.

Meanwhile, fellow presenter Davina McCall jumped on the bubble heart, as she cooed: "Yes x just like the rest of us."

"What’s not to love?!" another fan asked.

Others were jealous of Holly’s downtime as one person agreed: "Every Mummy needs a Sunday bath. Will be having mine post standard Sunday chores."

Earlier this week, Holly shared a momentous image of her getting her coronavirus vaccine.

While the star told viewers and Phillip Schofield that her injection had been easy and painless, some have experienced minor aching and virus symptoms in the days following their jab.

As she gets ready to head back into the ITV studio Monday morning, Holly’s blissful bath time sessions seems like just what the doctor ordered.