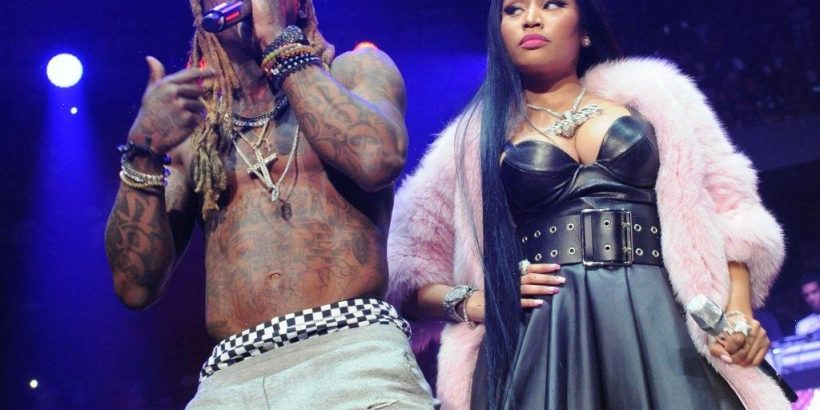 Nicki Minaj and Lil Wayne are two hip-hop icons with a lot of history together. The Young Money rappers left their footprint on music throughout the 2010s, and they opened doors for emcees to follow in their footsteps.

Nicki Minaj’s rap career dates back all the way to 2002. She joined the New York rap group Hood$tars, which consisted of rappers Loustar, Svn-Up, and her future longtime boyfriend Safaree “SB” Samuels.

Hood$tars split up in 2005, and Minaj had a go of trying to launch her own solo career. In the late 2000s, she released the mixtapes Playtime Is Over, Sucka Free, and Beam Me Up Scotty (which was re-released in 2021).

While she was on the rise in New York, Minaj was featured in the hip-hop DVD series The Come Up. It was created by Dirty Money Records, an independent label based in New York founded by rapper Dirty Money.

Minaj was featured on a handful of Come Up DVDs. According to MTV News, Lil Wayne discovered her on one of these street DVDs; the following Come Up DVD was dubbed the “Wayne’s World” edition and featured Minaj as well as Lil Wayne, who had already been a figure in the hip-hop scene for the better part of a decade.

“I f— with only the best,” Dirty Money said honestly while sitting with a young Minaj in one of her Come Up appearances. “I f— with the best, so if she ain’t the best, I wouldn’t even be here right now.”

Nicki Minaj and Lil Wayne have hit songs together such as ‘Good Form,’ ‘Seeing Green,’ and more

Wayne signed Minaj to his Young Money record company, and she went on to release her three mixtapes in the late 2000s under the label. Her Sucka Free mixtape heavily featured Wayne himself.

With her debut album Pink Friday, released in 2010, and the 2012 follow-up Pink Friday: Roman Reloaded, Minaj’s crossover into the mainstream was complete. But as she released more pop-leaning records, some questioned her credibility as a rapper, as she was seen to have transformed into a popstar and left her rapper persona behind.

Minaj has proven time and time again in the years since then that her rapping abilities haven’t gone anywhere. When she gets on a song with Wayne, both rappers give it everything they’ve got. Over the years, they’ve teamed up on songs including “High School,” “Good Form,” “Truffle Butter,” “No Frauds,” and “Seeing Green.”

Minaj is a married woman with a child today, and has only been releasing music in dribbles since her 2018 album Queen. But her relationship with Wayne is as strong as ever.

In July 2021, Minaj even surprised her fans with a “special guest” on a highly-anticipated Instagram Live: Wayne himself. They treat each other like siblings and still have as much love for each other as they always have had.