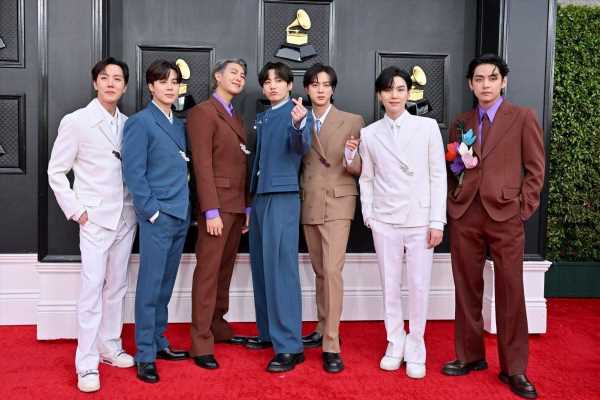 On May 31, BTS will meet with President Joe Biden at the White House as part of Asian American, Native Hawaiian, and Pacific Islanders Heritage Month (AANHPI Heritage Month). Jin, Suga, J-Hope, RM, Jimin, V, and Jungkook will meet with Biden for a discussion about diversity, representation, and combating anti-Asian hate crimes. BTS will also attend a press briefing at the White House. Here’s how fans of BTS can watch the band’s White House press briefing online.

How to watch BTS’ visit at the White House

BTS will be meeting with Biden and attending a White House press briefing on May 31. According to CNN reporter Betsy Klein, the septet’s meeting with Biden will take place in the Oval Office at 3 p.m. EDT. However, it will be closed to the press.

While BTS’ meeting with Biden will not be available to watch at this time, fans will be able to watch the band take part in a press briefing at 2:30 p.m. EDT.

There are two ways to watch BTS’ press briefing at the White House with Press Secretary Karine Jean-Pierre. Fans can stream the press briefing on YouTube or at WhiteHouse.gov.

Why BTS are meeting with President Joe Biden

According to the press release, BTS “will join President Biden to discuss Asian inclusion and representation, and to address anti-Asian hate crimes and discrimination which have become more prominent issues in recent years… President Biden and BTS will also discuss the importance of diversity and inclusion and BTS’ platform as youth ambassadors who spread a message of hope and positivity across the world.”

On the evening of May 26, BTS’ label Big Hit Music sent its own press release about BTS’ visit to Washington D.C., confirming BTS’ plans.

In the press release, the label wrote that BTS “will be joining President Biden at the White House to discuss Asian inclusion, representation and anti-Asian hate crimes and discrimination. They will also address the importance of diversity, impact of BTS’ platform as youth ambassadors and BTS’ thoughts on art and culture.”

“We are honored to be invited to the White House. As we are visiting as artists representing South Korea, we look forward to discussing various topics including inclusion, diversity, anti-Asian hate crimes, culture and art.”

On June 10, BTS will release an anthology album titled Proof. The album will include three CDs that feature classic BTS songs, unreleased demos, and new songs including a lead single called “Yet To Come (The Most Beautiful Moment).”

BTS: Jungkook Thinks the Band’s Grammy Awards Rehearsal Was ‘Better’ Than Their Performance