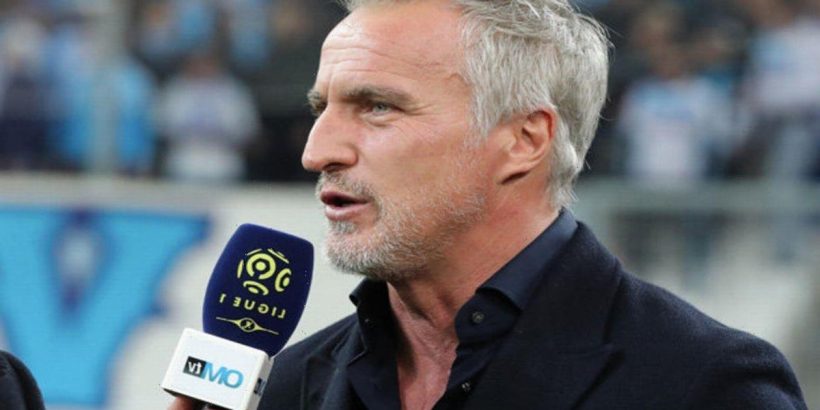 David Ginola has earned adoration on both the football terraces and as a heartthrob.

Now part of the line up of this year's edition of the hit ITV show I'm A Celebrity… Get Me Out Of Here!, Ginola has once again begun turning the heads of his audience.

One person commented on Twitter: "David Ginola is so handsome you can't be jealous of it. If anything it's probably proof that you can sell your soul to the devil for looks and charisma."

Another said: "I do not know half of the 'celebrities' but David Ginola is charming and handsome."

His skill on the football pitch was also revered at one time, the Frenchman was known for his silky play. More recently, he stunned ITV audiences by talking about his cardiac arrest in 2016.

He became better known to British audiences in 1995 after his move to Newcastle United, having already established his career in his native France.

But who is David Ginola and what is his net worth?

What is David Ginola's net worth?

Even in Ginola's playing era, footballer's were earning huge wages. Goal said: "Ginola was reportedly on a £23,000-a-week salary during his time at Tottenham Hotspur before moving to Aston Villa in 2003."

Aside from his successful career on the pitch, he has enjoyed a range of endorsements and later punditry work with the likes of the BBC, BT and Sky Sports.

The former Lilywhite has also featured in a number of films and the ITV drama series 'At Home with the Braithwaites'.

On screen, he appeared in adverts for Braun shavers, L'Oreal, Renault and Carte Noire coffee.

He also starred in the first season of the French version of Strictly Come Dancing, 'Danse avec les stars'. He came third.

Ginola is the proud owner of vineyard which has produced an award-winning wine. The wine hails from his vineyard in the south of France.

The footballer was born in 1967 in southeastern France.

David Ginola married Coraline in 1991 and they had two children, Andrea and Carla.

The two split in 2016 after 25 years of marriage and since, he has been dating French model Maeva Denat.

Maeve is 22 years his junior and they welcomed a little girl in 2018.

In a charity football match in 2016, David collapsed on the pitch and entered cardiac arrest before falling into a coma. It was reported that David was dead for 12 minutes, before he was saved by fellow fellow player Frédéric Mendy.

Ginola had to undergo a quadruple bypass after his collapse.

"I just collapsed, it was a very frightening situation," he explained on This Morning in 2018. "There were no warnings, no alarms, I just collapsed."

He now advocates the teaching of CPR.

The skilfull winger made his debut in the 1985-86 season for the French team Toulon, before stints at Racing Club Paris and Brest. He eventually secured a move to Paris Saint-Germain in January 1992 where he won two Coupes de France, a Coupe de la Ligue and also the league title in 1994-95.

He then transferred to Newcastle United for £2.5 million the 1995-96 season, narrowly missing out on the league title under manager Kevin Keegan. David moved to Tottenham in 1997.

He rounded off his career with moves to Aston Villa in 2000 and Everton before retiring in 2002.

Ginola made 17 appearances for France between 1990-1995, scoring three goals.