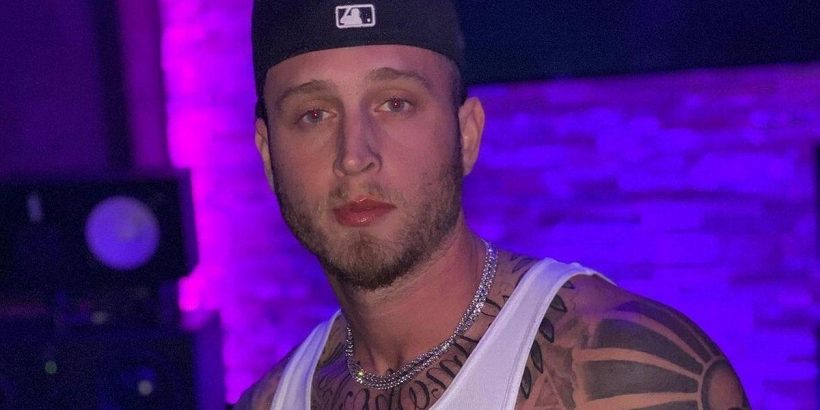 Chet Hanks has had a lot to live up to, being the son of one of Hollywood's most-loved (and well-behaved) stars, Tom Hanks, who turns 65 today.

Unfortunately for Tom, a father of four, one of his sons has made headlines for all the wrong reasons.

Chet, 30, is an actor and also a rapper who also goes by the name of Chet Haze.

Back in May 2018, Chet talked to PEOPLE about the pressures of his Dad's fame.

“Anyone who was born in some kind of shadow of success of their father or mother can share this journey of a growing process. Not by denying who you are, but by embracing who you are,” he said at the time. “This is who I am, and I’m not running away from it.”

A lot of the controversies around Chet come from his comments around race, and the use of accents.

At the Golden Globe awards in 2020, he was strongly criticised for talking in a Jamaican patois accent.

Chet joined his family at the glitzy ceremony, as Tom Hanks was being honoured with the Cecil B. DeMille Award.

His son posted a video on Instagram, using the patois accent.

Social media users challenged him, with one saying: "If Chet had talked in a fake Mexican or Chinese-American accent, this would have been called out for being racist a LONG time ago. Why is he getting a pass because it is a ‘Jamaican’ accent?" with a hashtag saying "racism still alive.”

She commented on his post, writing, “Maybe the best laugh of the night. ?”

Chet shared posts of articles written about his upset, as he wondered why he was making the news.

Instead of expressing remorse, he doubled down and did the accent again.

He posted another video using the accent, saying that the internet had “gone mad”.

“RESPECT TO MI #ISLAND,” he captioned the post, adding a row of Jamaican flag emojis.

He later did the same thing again, using the accent on the audio-based app Clubhouse back in December 2020.

At the time, he compared it to doing an English accent. Page Sixreported that some people in the chat told Chet that English accents aren't offensive because "English people were not oppressed".

Undeterred by the backlash, Chet insisted he's not trying to "offend anybody" but continued to speak in the accent.

The actor struck again when in March of this year he referred to a "white boy summer."

Believed to be a riff of the popular phrase "black girl summer" made famous by Megan Thee Stallion, Chet decided to do his own version.

On March 26 he posted a video of himself sitting in a car, saying: "Hey, guys. I just wanted to tap in. I just got this feeling, man, that this summer is about to be a white boy summer. Take it how you want it."

"I'm not taking about Trump, NASCAR-type white. I'm talking about, you know, me, Jon B., Jack Harlow-type white boy summer. Let me know if you guys can vibe with that. And get ready, 'cause I am."

For the uninitiated, Jon B. is an R&B singer from the 90s, and Harlow is a 23-year-old rapper. Both are white.

Chet captioned the post "Is it bout to be a #WhiteboySummer or am I trippin? Tag a REAL vanilla king Respectfully."

Rihanna reacted to the post, with crying laughing emojis.

One Instagram user wrote "Chet Hanks could be an interesting subject for a nature vs nurture research project", referring to his parents and siblings.

Another added: "I physically cannot imagine Chet Hanks and Tom Hanks talking to each other."

Again Chet responded to the reactions with a video: . "What's up loved ones? Wow, white boy summer going up. It's fantastic. I love to see it. Thanks for making that a thing."

"They've been asking me, 'Chet, if it's going to be a white boy summer, does that make it a Black queen summer for you?' Uh, do you know me? 'Cause if you know me, you know that's all year round."

Chet has a daughter with a black woman, Tiffany Miles.

Earlier this year, a video was leaked showing the end of an altercation between Chet and his ex, Kiana Parker.

He appears on screen with a bloodied face, making allegations of violence against her.

Parker is now suing Chet for $1 million, claiming he physically and verbally abused her during their relationship.

At a press conference in April, Parker's lawyer Kevin Murray said: “This is about violence within the confines of a relationship between a man and a woman, a man who mentally and physically and psychologically battered, Kiana Parker."

According to court documents, the two began dating in March 2019 and moved in together about a year later.

Hanks also sued Parker for assault and battery, theft and return of the money she allegedly stole from him.

In the video of the incident, Chet claimed Kiana had threatened him with a knife, before she appeared to swipe at him while holding a pot.

Kiana loudly denied his claim about the knife in the background.

She later claimed Chet was the one with a knife and that she hit him with a pot in self defence.

He appeared to deny his ex's claims against him, as he posted a video of him rapping along to his song with the caption "don't believe the fake news".