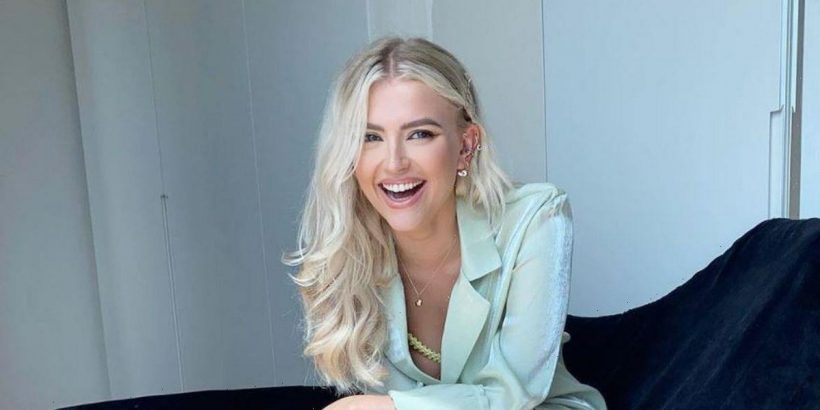 To celebrate the blonde bombshell's big day, here at Daily Star we're taking a closer look at her career, love life, quirky home and everything in between.

Born in Blackpool, former ITV babe Lucy was born on November 13, 1995 to engineer Andrew Fallon and an accountant Angela Fallon.

With a keen interest in the performing arts from a young age, at just two years of age, she began studying singing, dancing and drama at the Barbara Jackson Theatre Arts Centre.

Before landing the coveted role as Bethany Platt in Corrie, where she shot to fame, she had worked in settings like Subway, Next and New Look.

The former Corrie beauty had a stunning home full of quirky furnishings, clashing prints and intricate details, before she moved in with her boyfriend.

With a love of bold and bright prints teamed with more neutral colours, Lucy's Blackpool pad was full to the brim with personality.

Her living area featured a deep brown sofa and adorned with both plain and patterned cushions – all dipped down in the middle to create a stylish V shape.

But she soon gave up the neutral theme and opted for a more bright and bold look.

Amping up the high-fashion look, she opted for a navy sofa, coloured cushions and ornate wallpaper with an intricate design.

The dining area led into her living area, and followed the same theme with matching wallpaper and dark wood table.

The star, in her mid-twenties, revealed it took her two years to decide how to decorate her old home, but she soon decided on a quirky and exciting look.

Her bedroom was no different – full of colour, personality and a sense of fun.

The star previously took to Instagram to share a snap of her bedroom once she had finished decorating it, writing: "I have been pinning pictures on Pinterest for over two years of how I wanted this room to look and finally it is how I always imagined it would be (but even better)."

Her bedroom boasted a monochromatic Dalmatian print wallpaper, with neon lightening bolt lights above her bed.

She had a gorgeous velvet headboard and bed, in a stunning antique rose hue, patterned bedding and mushroom fluffy carpet.

Lucy met her ex Tom Leech through pals in 2017, but the pair sadly split after lockdown drove them to breaking point.

Back when all was rosy and romantic, Lucy spoke about her desire to marry her then long-term boyfriend.

She spoke to Metro: "I want Tom to propose to me at some point and I want to move house. I like having a project."

A source told The Sun: “She and Tom have called it quits and are no longer together. They spent lockdown together but it gave them time to evaluate what they want.

“They decided taking time apart was the best idea and they have gone their separate ways.

“Tom has never courted the spotlight and has quit social media because he doesn’t want to see anything related to her.

“She has thrown herself into Don’t Rock The Boat and has been trying to keep busy with filming, but it’s not been easy.”

They split after the first Coronavirus lockdown as it allegedly "drove them apart".

They did reunite in September 2020, but things didn't work out and she asked insurance manager Tom to move out of her flat for good.

Fans of the Corrie star were quick to speculate that YouTube star Joe Weller "fancied her" as he admitted there was "someone" he has the hots for on the show after they filmed a TV show together.

Chatting with her fashion stylist Ryan Kay back in January 2021, Lucy opened up about single life.

Speaking to Ryan on his Instagram stories, she said: "Love life is not really thriving I'm not going to lie.

"It's quite dead really. But it's fine. Everything happens for a reason and going forward focus on myself even though that's selfish."

Moving away from romance, she revealed that she wanted to focus on her career.

Speaking to her friend and stylist she said: "When I can I want to focus on my career, focus on work and really do things that I want to do, go travelling, do new things.

"Meet random people in random places, make new friends. That's the way to go after this pandemic for us all."

A new romance blossomed midway through 2021, and in the summer Lucy went public with her new boyfriend Ryan Ledson.

Posting some snaps with her new Preston footballing beau, she launched him onto social media as the pair jetted off on a lavish break away.

The pair were introduced through Lucy's former Coronation Street co-star Helen Flanagan’s fiance Scott Sinclair and have been dating ever since.

It has been reported that the blonde bombshell has ditched her Blackpool flat so that she can spend more time with her footballing beau on a permanent basis.

It has been alleged that the footballer's mansion has "plenty of space for them both".

A source told The Sun: "Lucy and Ryan get on so well, so it's no surprise to their friends that they have moved in together already.

"Ryan has a really big house, so there's plenty of space for them both.

"Lucy hasn't made a big deal about the move, but has been sharing Instagram stories from the new house."

The Blackpool-born star rose to prominence in 2015 when she rocked up on the cobbled streets of Corrie to portray the role of Bethany – Sarah Platt's daughter.

She was a fixture on the show for five years, and during her time in the ITV soap opera she was nominated for and also won a number of awards.

She quit the soap in 2020 so she could pursue other acting work, but struggled to do so during the pandemic.

But the 26-year-old blonde beauty has now landed a coveted ITV role, and is gearing up to star in the adaptation of Henry Fielding’s classic novel The History of Tom Jones, A Foundling.

Lucy will be starring alongside Ted Lasso star, Hannah Waddingham, and the four-part series will be made in conjunction with PBS Masterpiece, responsible for popular period drama hits like Poldark and Downton Abbey.