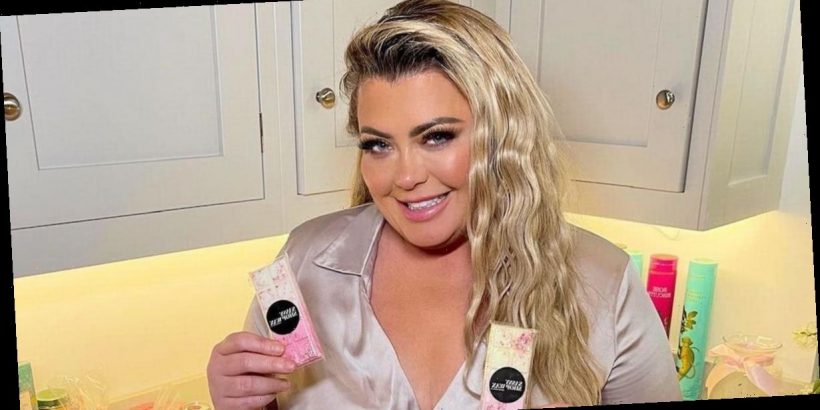 TOWIE star and all-round diva Gemma Collins has bought herself a lavish new home in Essex.

The countryside abode, which cost upwards of £1million boasts a number of luxury features, fit for the Queen of Essex.

Diva On Lockdown star Gemma, 40, broke down in tears last year during an April episode of her popular reality series, after her the purchase of her dream home fell through.

But her previous house heartbreak is long past the blonde bombshell and she seems to be officially living her best life with her decadent new pad.

The converted five-bedroom barn is surrounded by lots of greenery and has a chic outside entertaining area with lots of comfy seats for when The GC is on hosting duties.

Inside the house, Gemma has added her signature sense of style by adding some very quirky touches throughout.

Visible from outside, Gemma has added a life-size white plastic horse in one of the rooms, which she showed off on her Instagram page yesterday.

Addressing her 2.1million followers, Gemma shared a clip of the sparkly horse and penned: "Until I get the real thing, this has to do. It's soooo beautiful in my house."

The funky lamps were placed next to one of Gemma's birthday cards from her 40th birthday earlier this month.

Another of Gemma's recent snaps saw her proudly pose in front of her vintage-style kitchen, which features on-trend muted grey cabinets in a shaker-style.

Gemma Collins hit the headlines this week when she appeared on the famous Snatch Game in the latest episode of RuPaul's Drag Race UK.

But Gemma's eagerly anticipated appearance received a mix reaction from viewers, with some saying the reality TV star looked "bored".

One social networker commented: "Gemma looks like she's going to fire her agent for booking her on this."

While another continued: "Is Gemma Collins sedated?"

A third added: ""Gemma not even trying to hide how absolutely bored off her t**s she is during Snatch Game."

However others were loving having the diva on the show, after it had been teased last week.

"Gemma Collins on the Snatch Game is TV gold," one excited fan wrote.

Another said: "I very much appreciate that my TV licence money is going towards Gemma Collins explaining what a b***end is to RuPaul on BBC3."