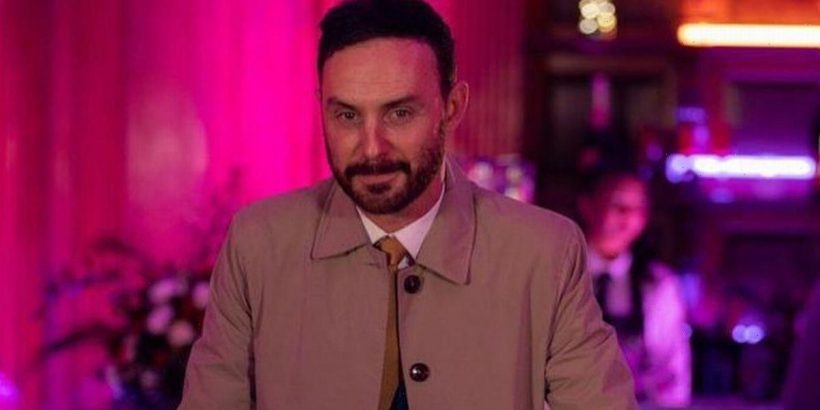 Hollyoaks star Gregory Finnegan has been bringing troubled lawyer James Nightingale to life on the Channel 4 soap for six years.

Viewers have seen gambling addict James hit rock bottom over recent weeks with him ending up behind bars.

He has now ramped up his damaging and spiteful behaviour by demanding John Paul help him access his money from his prison cell – or else face being homeless when he threatened to kick him out of his house.

Gregory's life, however, could not be a further cry from his bad boy character as he lives a normal family life with his co-star wife and children in the Wirral Peninsula.

Gregory tied the knot with his Hollyoaks co-star Ariana Fravel back in 2011 – way before she was cast as DS Cohen in 2020.

At the time he said of her joining the soap: "It's lovely having her here. The first scenes she did were actually with me when James had to identify the body.

"She has got to know the cast and is making friends – now she finally can put faces to the names I've been talking about all these years! It's good fun working with her."

The Finnegan family also have their very own website where they blog, promote products, show off recipes and fashion and lifestyle items.

Fans have the opportunity to learn everything from Ariana's favourite beauty products and routine, to Greg's recommend gifts for men via the influencer style blog.

Eagle-eyed soap fans may have recognised Gregory from his previous television roles – including a part on rival soap EastEnders.

He played the role of Dr Alex Arnott for one episode of the hit BBC soap, before also making an appearance in Doctors as Duncan Montague in 2011 and David Hewitt in 2012.

Keeping up the medical drama theme he then starred as Owen Stanway in Casualty.

Other shows under his belt include Mile High, Agatha Christie: A Life in Pictures, The Last Detective and spy drama Spooks.

Gregory and Ariana have the perfect backdrop for their double life as actors/influencers in their beautiful coastal home.

The house is set in the most beautiful seaside location in the Wirral Peninsula, providing an excellent base for raising their young family.

It is complete with an open plan kitchen that features dark cabinets and a marble worktop and a homely lounge area that boasts a cream sofa and a huge open fireplace.

The room also boasts an oak dining table and chairs, while a teal drink cabinet and a yellow lamp stand add a pop of colour to the living space.

Other standout designs at the property include a tropical print wallpaper feature wall and glossy oak parquet wooden flooring.