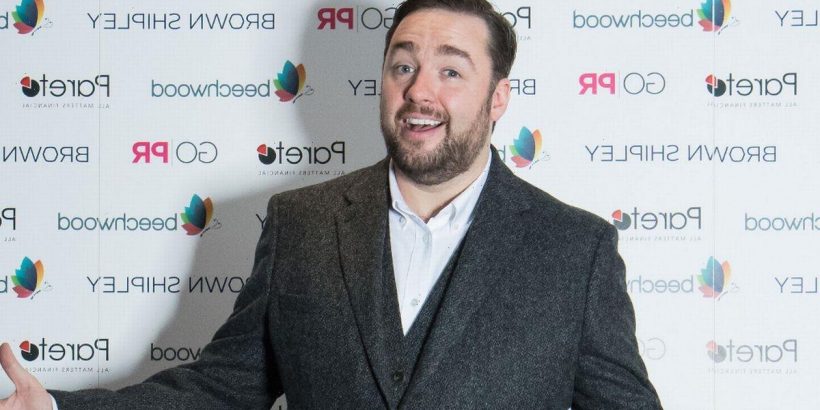 British comic Jason Manford rose to fame and popularity during the late 2000s thanks to his impeccable comedic timing, loveable personality and undeniable talent.

Following in the footsteps of other great entertainers such as Peter Kay, Eddie Izzard and Jonny Vegas, Manford started his career performing at his local pub in Manchester.

Years later the star catapulted to fame on TV shows like 8 Out of 10 Cats and Show Me Funny.

As well as selling out arenas with his stand-up comedy shows across Britain and presenting on primetime TV, the Mancunian lad has dabbled in acting and singing too.

Though he has lived a flourishing life on screen, many of his fans may not be too familiar with the comic's life away from the limelight.

So, to celebrate Manford turning 40 years old on May 26th, Daily Star has taken a look into the star's personal family life and the headlines he has made since he found fame.

The following year, Catherine gave birth again to their third daughter in December 2010 and the couple later had a son in 2012.

At the time, the family lived in Bramhall, Greater Manchester.

Though their relationship appeared to be a harmonious one, things started to become rocky between the pair and they later split in May 2013.

A source claimed the couple had simply grown apart, telling Mirror: "They simply grew apart in their marriage and after much discussion, they decided to part."

"They are still good friends and their children are obviously the most ­important thing to them both," the source explained.

Last year, reports emerged claiming Manford sold off eight of the 10 properties in his £3million portfolio.

After becoming successful from television work, The TV comic built a 10-property empire after he snapped up a series of properties to let.

In accordance with records at the time, Manford made a staggering £3million after he sold at least eight of his estates based in the Greater Manchester area.

The Sun reported at the time that the comic sold the properties to help pay his wife Catherine in 2017 for the "costly" divorce four years after they separated.

The couple has decided to keep their married life fairly private, however, Lucy does make an appearance in the comic's stand up material occasionally.

Talking to The Sun about his family life, the father of six said: "We all get along and it is good material. My family are half of my act. People like to hear about them.

"They come to hear that they are not a terrible parent, that it’s normal to lose it in front of a packed shopping centre."

In 2010, Manford stepped down from his prestigious role as a presenter on BBC's The One Show after three months.

Manford, who was married to Catherine at the time, said: "I have decided after careful consideration to step down from The One Show to concentrate on my family and tour commitments."

Prior to leaving The One Show, the Comedy Rocks star made a public apology after he had been accused of exchanging a series of Twitter messages with a 22-year-old female fan.

Manford statement read at the time: "I can see now that what started out as a bit of messing about and having a laugh on Twitter has been misjudged and I'd like to apologise to anyone that this has offended as that was the last thing I ever intended to do."

The BBC also agreed with Manford's decision to part ways with the programme and said: "We have got nothing to say except that we accept Jason's decision."