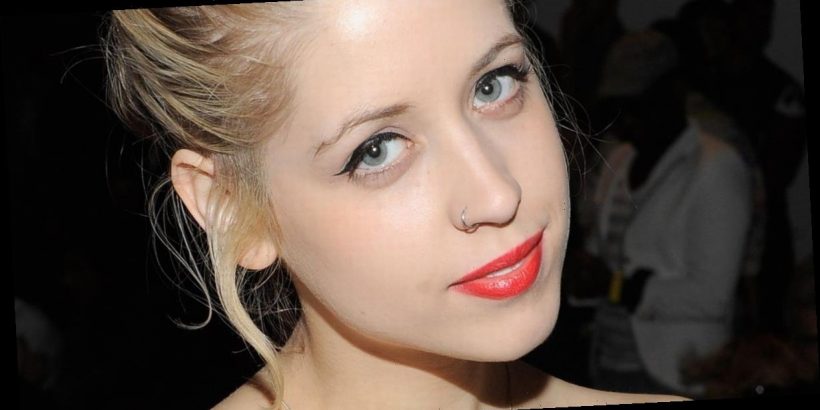 Peaches Geldof was a sassy and quick-witted British columnist, a bold TV personality in the showbiz world and knew how to work a pose in the modelling industry.

She was a woman of many talents but tragically died at the age of 25 on 6 or 7 April, in 2014 following a heroin overdose, as her inquest later concluded.

The star, who was born on March 13, 1989 and would have been celebrating her 32nd birthday today, was found dead in her home in Wrotham, Kent.

A month after her funeral, an inquest opened into her tragic demise, taking place at Gravesend Old Town Hall on May 1, 2014.

On July 23, the coroner found that the cause of her death was "opioid intoxication", and recorded a verdict of drug-related death.

The coroner, DCI Paul Fotheringham, of Kent Police, recorded there was no evidence it was deliberate.

It was reported in her inquest that Peaches had been taking the maintenance drug methadone for two and a half years before her death.

The court documents stated she had started taking heroin again in February 2014 and 6.9 grams (1⁄4 oz) of the drug was found in the house.

On July 3, 2015, Kent Police announced that they had ended the investigation into her death, as they had "exhausted all lines of inquiry" trying to find who supplied Peaches with the Class A drug. Her body was discovered at her home at around 13:30 on Monday, April 7, 2014, and initial media reports gave this as the date of her death.

Evidence presented at the inquest included the possibility that she had died after 20:00 on Sunday, April 6, 2014.

Shortly after Peaches death was announced to the world, her musician father Bob Geldof and her widower Thomas Cohen released statements.

Bob said in his statement: "We are beyond pain. She was the wildest, funniest, cleverest, wittiest and the most bonkers of all of us.

"We loved her and will cherish her forever." Her husband Thomas, lead singer of the London band S.C.U.M, said in his statement: "My beloved wife Peaches was adored by myself and her two sons Astala and Phaedra and I shall bring them up with their mother in their hearts every day."

Peaches was laid to rest on April 21, 2014 at St Mary Magdalene and St Lawrence Church in Davington, Kent, the same church where she was married, her parents were married, and where her mother's funeral service was held.

The private service was attended by her father, husband, other family and friends and various members of the UK entertainment and fashion industries.

Peaches death made headlines around the world at the time due to the heartbreaking fact she had lost her mother to the same way – a heroin overdose. In a 2013 interview with Elle magazine, Peaches explained how difficult the process of coming to terms with her mother's death was.

She told the publication: "I remember the day my mother died, and it's still hard to talk about it. I just blocked it out.

"I didn't grieve. I didn't cry at her funeral. I couldn't express anything because I was just numb to it all.

"I didn't start grieving for my mother properly until I was maybe 16."

Just weeks before her death, Peaches spoke about how "heroin is such a bleak drug" during her last interview with William Todd Schultz published in the Spectator.

She told the publication: "I'm young, but people all know the same information about me. That's the worst thing, the preconceptions.

"Your life, they keep telling you, is pre-ordained – I'm going to die like my mother. 'She's going to end up like her mother.'

"And people expect you to spew these intimacies to them, like you are in a church confessional. It's an interview, not a therapy session."

Peaches left behind her husband and two sons Astala and Phaedra – who were 23 months and 11 months old at the time of her death.