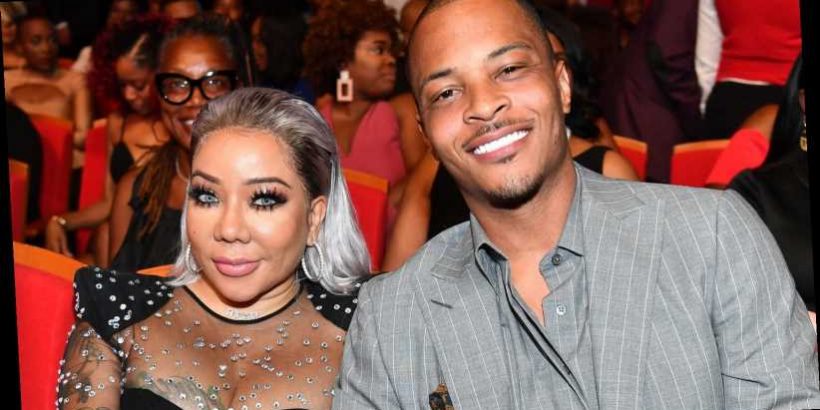 It’s without question that T.I. has caused controversy in the past. Between the Atlanta rapper admitting he checks on his eldest daughter Deyjah Harris’ hymen at OBGYN appointments to nicknaming quality time with his daughters “thot prevention hours” (as per XXL), the de facto “King of Atlanta” has made some seriously eyebrow-raising comments that we all can’t gloss over easily. However, T.I. and his wife, former Xscape member Tameka “Tiny” Harris, are now under fire amid disturbing allegations of abuse, drugs, and sex trafficking (via Rap-Up).

In late January 2021, former family friend Sabrina Peterson accused T.I. of once holding a gun to her head. She shared an emotional post about her alleged experience.

“The sad part about being a woman & BEING A BLACK WOMAN IS THIS! The public PRAISES OUR PREDATORS! @troubleman31 [T.I] you PUT A GUN TO MY HEAD IN FRONT OF CHILDREN & I NEVER CALLED THE POLICE ON YOU! But for years you have painted me as the VILLAIN!” Peterson alleged on Instagram on Jan. 26, 2021. “AS BLACK WOMEN! It’s hard to heal from RAPE, VIOLENCE OR ANYTHING BECAUSE YOU ARE PAINTED AS THE PROBLEM OR REASON THIS HAS HAPPENED TO YOU! LETS NORMALIZE THE ALLOWING BLACK WOMEN TO HEAL!” Although T.I. and Tiny have denied Peterson’s allegations, multiple women have come forward with similar accusations against the Atlanta couple.

Multiple women have accused T.I. and Tiny of abuse

Tameka “Tiny” Harris clapped back at Sabrina Peterson via Instagram on Jan. 27, 2021, writing: “Hold up… [T.I.] was just uncle 2 years ago … now when did you say my husband assaulted you? Did you change your mind or change it back? … Stop Harassing My Family. … Please Get help. But LEAVE US ALONE‼️”

According to MeAww, more than 15 alleged victims shared their supposed experiences after Peterson spoke out. One story claimed that a group of women went to T.I. and Tiny’s hotel room in 2016, where they were “dragged back and forth from the bathroom, to the bedroom, to the living room.” They were allegedly offered drugs in the process.

In one account of an anonymous woman who allegedly met the couple in 2017, according to The Source, she claims that T.I. and Tiny drugged multiple women. “I saw about four different girls that look completely out of it and strung out on the couch and one in the bathroom hanging over the tub like she was gonna throw up,” she said. Furthermore, other accounts recall “blacking out” until the next morning and waking up with bruised private areas.

T.I. and Tiny later denied the allegations. “Mr. and Mrs. Harris want to be on record and more importantly want the public to know they emphatically deny in the strongest way possible the egregiously appalling allegations being made against them by Sabrina Peterson,” the statement reads (via Complex). “The Harrises have had difficulty with this woman for well over a decade. They are taking this matter very seriously.” As of Jan. 29, 2021, Peterson is currently searching for a “credible resource” so she can take a lie detector test.

If you or someone you know has been the victim of sexual assault, you can call the National Sexual Assault Hotline at 1-800-656-HOPE (4673) or visit RAINN.org for additional resources.

If you or someone you know is struggling with substance abuse and mental health, please contact SAMHSA’s 24-hour National Helpline at 1-800-662-HELP (4357).