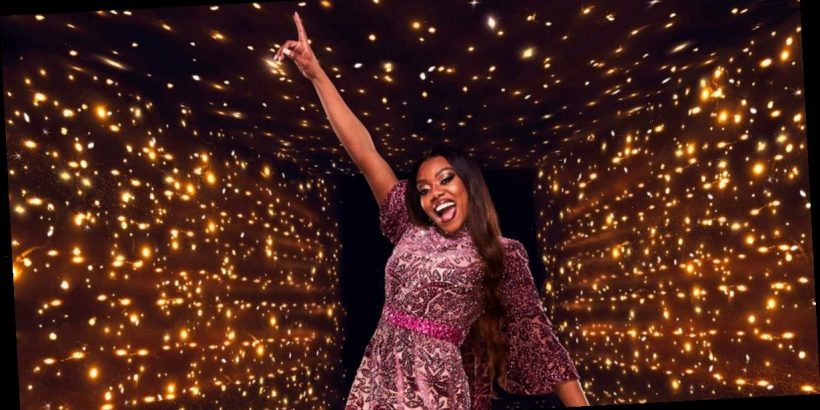 When an emotional Lady Leshurr took to the rink on Dancing on Ice this weekend, she did it for a very special reason.

The 32-year-old grime and hip hop star says her decision to take part in the ITV show is poignant, and that she is skating for her tragic sister Carmen, who recently passed away.

After losing her sibling to breast cancer recently, the music star needs to get her confidence back and Dancing On Ice can hopefully help her with the heeling process.

Melesha Katrina O'Garro was born in Solihull in 1989 and her talent was obvious from an early age.

When she was just six years old, she was already writing impressive poetry in the bedroom of her Birmingham home.

At the same time she begun to embrace her love of music – and that was all down to her family pumping out the tunes every day.

The confident youngster had a way with words and used her skills to carve out an impressive career in the industry.

"I grew up around music," she said as she started to make her name. "My mum used to play a lot of reggae like Sister Nancy and Bob Marley around the house.

"So basically, when I was around six, I was messing about and doing my own little raps and songs.

"My family are all rappers and singers anyway so I was always involved in it from a young age."

The musician, who oddly claims her Mastermind specialist subject would be salmon, released her first mixtape at 14. Her freestyle series Queen’s Speech went viral in 2015 as she grabbed the attention.

She can act too, it seems.

Lady Leshurr played one of the lead female roles in 2009 film 1 Day, and she came close to scooping the Best Female category of the Official Mixtape Awards 2011.

Since then, the music has taken her full focus.

But in September 2018 she made a brave decision to come out as pansexual – attraction towards people regardless of their sex, race or gender identity.

She spoke to Gay Times saying: “I’m just happy that I don’t have to hide anything anymore, I am free.

“Kehlani introduced me to the term pansexual. I had never heard of it and after reading her tweets, I felt like everything she was saying applied to me.

Some difficult times were not far away, as her sister announced a battle with breast cancer, shattering her close-knit family.

It is clearly still very raw for the beauty and she hopes her time on the show can give herself that little bit of a kick she needs.

But she says she lives in fear of her finger being chopped off on the ice!

"Where I’m at right now mentally is that I’ve been trying to push myself out of my comfort zone," she said last week, opening up on a harrowing period.

“I recently lost my sister and that’s really made me think I need to push myself. I need to challenge myself, to get my confidence back.

“Doing TV work feels like a breath of fresh air. I did MasterChef and I couldn’t cook but I went on it because I wanted to push myself and learn.

"I think everything is all about learning."

Dancing on Ice airs on Sunday at 6pm on ITV.