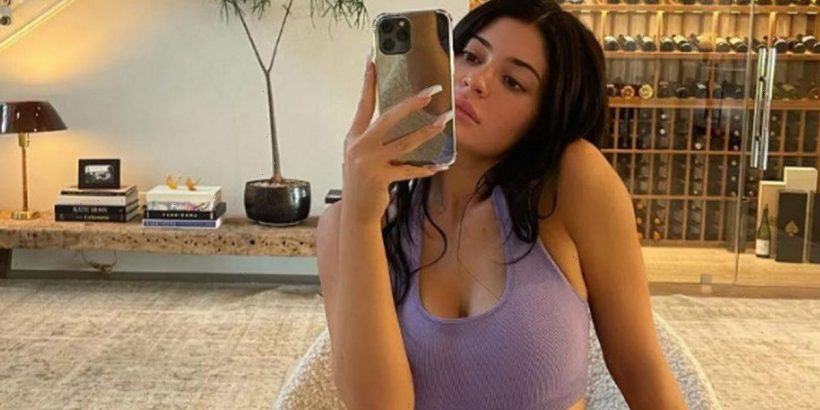 Between them, Kylie Jenner and Travis Scott are worth more than £1 billion.

So it’s no big surprise that they own a seriously enviable property portfolio, with sprawling mansions in California, New York and Texas, where Travis is from.

The baby was originally called Wolf but Kylie announced they were changing his name as it "didn’t suit him". His new name has not been announced yet.

Kylie, 24, lives with him and his big sister Stormi in a palatial pad in Los Angeles and as her baby daddy Travis turns 30, we take a peek into where this ridiculously glamorous family call home.

Kylie is said to own four LA properties, the first she bought when she was just 17. But her main residence is a mansion in the Hidden Hills suburb – conveniently close to where her mum Kris Jenner lives.

She bought it in 2016 for £9 million and is referred to as her “pink paradise”. It has eight bedrooms, 11 bathrooms and is set on 1.5 acres of prime real estate.

The makeup mogul also recently did a massive refurb of the property, courtesy of British designer Martyn Lawrence Bullard.

Kylie said about the design previously: “I told Martyn I wanted a fresh, fun vibe to match the way I was feeling.

“Colour was essential. I love pink, and I wanted a lot of it!”

Though Scott and Kylie reportedly brought a property together in 2018 worth £10.5 million in the coveted 90210 Beverly Hills area, it is not believed they currently reside there together.

Back to the Hidden Hills, the hallway features an impressive wine cabinet and a wall adorned with stylish family portraits going up the stairs.

A huge rug could also be seen, as well as a low table with an elegant plant next to the huge staircase up to the second floor.

As well as the pink hues, Kylie seems to be a fan of muted airy colours that make the property seem even more enormous, including a pristine, marbled bathroom where she posed in a white two-piece.

A huge standalone tub could be seen in the background, next to a huge grey chair in front of a large window, showing the huge bushes outside to protect their privacy.

Kylie also shared a snap of herself posing in another pink-infused room, with a set of vintage Louis Vuitton luggage casually placed next to her.

The reality star's living area featured a neon sign in the shape of a heart above a white marble fireplace, showing her influence is all over the house.

Meanwhile, Kylie's kitchen is vast and stunning with a massive multi-range oven, a marble island and luxe light fittings galore, with plenty of space for her daughter to run around.

She's a keen cook and loves sharing recipes – especially vegan ones – as well as baking cookies with little Stormi.

Outside, the Kardashians absolutely adore poolside selfies so it's no surprise that the youngest has a sleek, expansive place to take a dip in the California sunshine.

The lavish pool takes up a large proportion of the garden area, with sun loungers lining up around the edge for Kylie to top up her tan in the Californian sun.

One of the biggest upsides of the host is Kylie's huge handbag room, which she has filled with an impressive collection of designer clutches and totes.

The value of these bad boys must reach into the millions, as her interior designer has previously said she has at least 400 designer bags.

Travis and Kylie split after two years together when baby Stormi was just one – though at the time sources said it wasn’t a “full break up” and they were still “very much in love”.

Fast forward to August 2021, after being spotted looking cosy together on multiple occasions, they announced they were expecting their second child.

It's believed that Travis flits between New York, Texas and the Hidden Hills in LA.