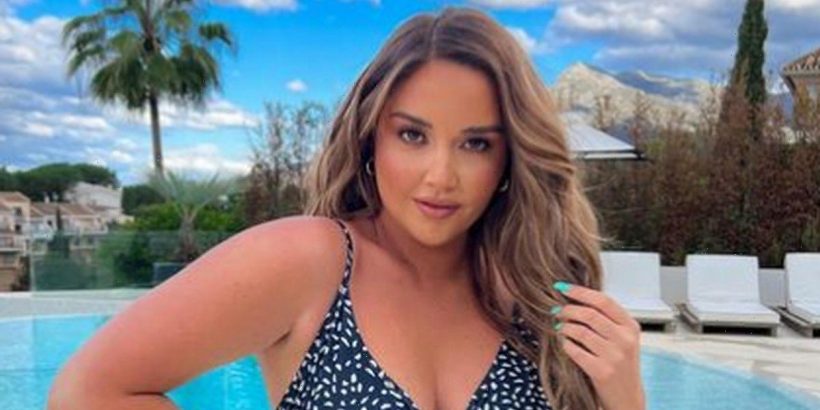 Jacqueline Jossa rose to fame after taking over the role of Lauren Branning on EastEnders from Madeline Duggan after her departure in 2010.

She has been in and out of the soap for many years, last leaving in 2018, though it has been confirmed she will return for Dot Cotton’s (June Brown) funeral.

She has been married to The Only Way is Essex star Dan Osbourne since 2017 and they have two children together, while Dan also has a child from a previous relationship.

Jac has also been a contestant on the ITV reality series I’m a Celebrity, where she won the nineteenth series in 2019.

Sporting a bright pink bikini and grinning for the camera while out at sea, she captioned the post: “Unedited but hell she is breathing in!!” and spoke of how excited she was for upcoming photoshoots she had scheduled.

A follower wrote: “Girl you are a walking stunner inside and out. We need more like you on our feeds inspiring young women to live their best, authentic lives” with a celebrating hands and red heart emoji.

In this post, a grinning Jac showed off a hot two-piece from her InTheStyle collection which featured a matching pink crop-top and small shorts, accompanied by a jacket in the same shade to match.

A commenter gushed: “Definition of perfection,” with a red love heart, while even reality TV queen Khloe Kardashian left quite a few heart emojis under the pic.

“Girls, every body is a bikini body,” she captioned another snap which saw her wearing a black two-piece swimsuit by the pool and looking as radiant as ever.

Wearing a saucy black dress with a smoky makeup look to match, Jac quoted fashion icon Coco Chanel in the picture's caption: “A girl should be two things, classy and fabulous."

One admirer wrote under the sizzling snap: “Loving the Dress U look fabulous x.”

In another bikini snap, her hair flows behind her as poses in a black and white dotted bikini.

Once again, she channelled a body-positive message in the caption saying: “How to get a bikini body…. Step 1, put on a bikini. DONE."

A user commented: “So stunning and your body is amazing!!” with a red heart and a fire emoji.

With a slight smile at the camera and seemingly naturally posed, Jac looked like Tinker Bell in this summertime snap.

Keeping the caption simple with a green heart emoji, she wore a short light-green flower-printed dress with some natural makeup, her hair loose, and sun kissed, tanned skin.

One person said: “You look insane,” with a heart eyes emoji.

Looking at the camera through her shades and smiling slightly, Jac lay on the floor in a casual pose while she rocked a tiny black and white bikini while the sun gleamed on her glowing tanned skin.