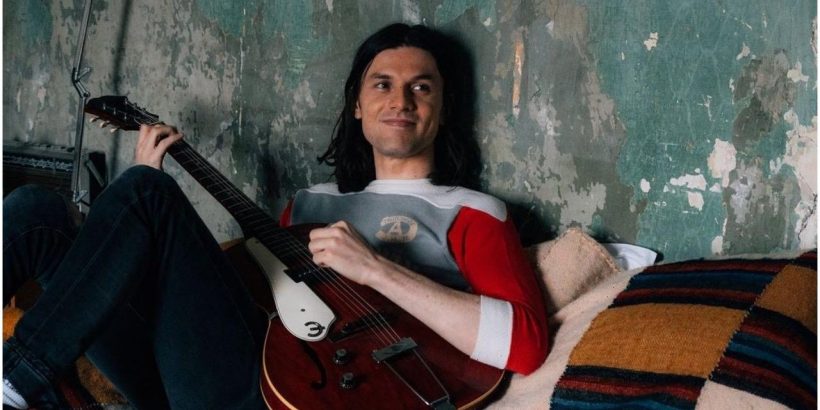 The 31-year-old ‘Hold Back the River’ hitmaker and his childhood sweetheart, Lucy Smith, welcomed their daughter Ada Violet into the world back in October 2021.

AceShowbiz –James Bay‘s upcoming album, “Leap”, comes from a place of pure “joy and positivity” after becoming a dad. The 31-year-old musician and his childhood sweetheart, Lucy Smith, welcomed their daughter Ada Violet into the world in October, and James has revealed being a first-time father has influenced his follow-up to 2018’s “Electric Light”.

He told NME, “I’d never written from this perspective before. I’d never written from a place of such joy and positivity. Lucy and I first got together at 16 and have been together ever since. She’s supported me since day one. From open mic nights, right through to my biggest shows. It’s been one adventure after another, but now we’re on the biggest one of all. Raising our beautiful daughter Ada.”

Fans of his acclaimed 2015 debut studio album “The Chaos and The Calm” will be pleased to hear he’s gone back to his stripped-back roots, after getting experimental with electronic sounds on his second studio effort. He explained, “On my second album, I threw a bunch of synths at my music and electronic sounds, and I had a brilliant time pushing the boundaries in that respect. This time I’ve fallen back to the guitar and an even more stripped-back type of sonic.”

Instead of switching up his sound again, the “Hold Back the River” hitmaker decided to focus on upping his lyrical game and ended up writing from “a place of vulnerability.” He shared, “I’m always going to push boundaries in the music I’m making. The boundaries I’ve pushed this time around have been with the lyrics. I’ve found a way to write from a place of vulnerability that I have not gone to or written from before.”

James has so far released the singles “Give Me the Reason” and “One Life”, with “Leap” set to follow on July 8. The track-listing for ‘Leap’ is: