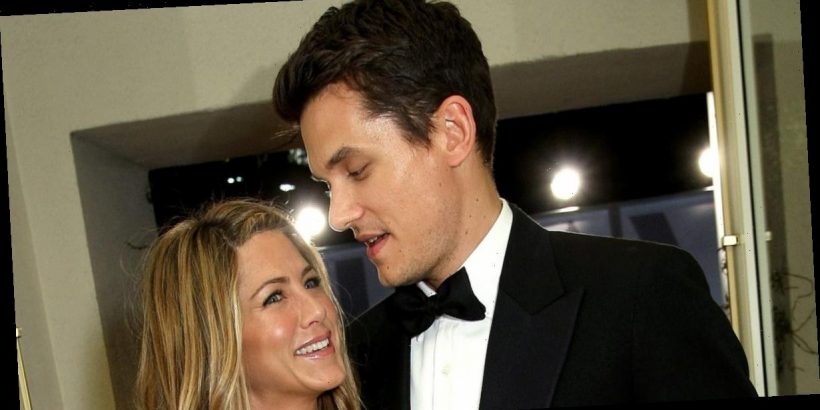 After John shared the clip with his followers, fans began to investigate whether or not the dog in his video was Jen's pup Lord Chesterfield.

"TikTok A new music… me chumming it up with dogs," John added.

It wasn't long before gossip columnist DeuxMoi flocked on Instagram to discuss whether or not the pair are back together.

"John Mayer and Jenny An. Is that Jennifer Aniston's dog in JM's new TikTok announcing his new music. A doggy playdate perhaps," the columnist wrote on social media.

DeuxMoi suspected the possibility of Jen appearing in the video which led to speculation that the pair have rekindled an old flame.

What's more, eagle-eyed fans pointed out how Jen's pooch wore the same collar in the clip as he does in one of Jen's snaps.

Fans rushed to the comments section to compare notes on whether or not it was Jen's dog.

"OMG are you back with Jen?" wrote one fan.

However others disagreed, as one wrote: "They’re not the same dog. Look at the face, ears and the tail."

"Nope that's not the same dog guys calm down," another added.

Jen is well-known for her love of dogs.

In addition to Lord Chesterfield, Jen also has pooches Clyde and Sophie and regularly shares adorable snaps on Instagram of the pups.

Jen and John famously dated from 2008 to 2009 after meeting at an Oscars party.

US Weekly previously reported that John's song Shadowy Days was written to help put the romance behind him after their split.

Jen previously opened up on where the pair stand since the split, telling Vogue: "There was no malicious intent. I deeply, deeply care about him; we talk, we adore one another. And that’s where it is."

Daily Star has contacted Jen and John's reps for comment.