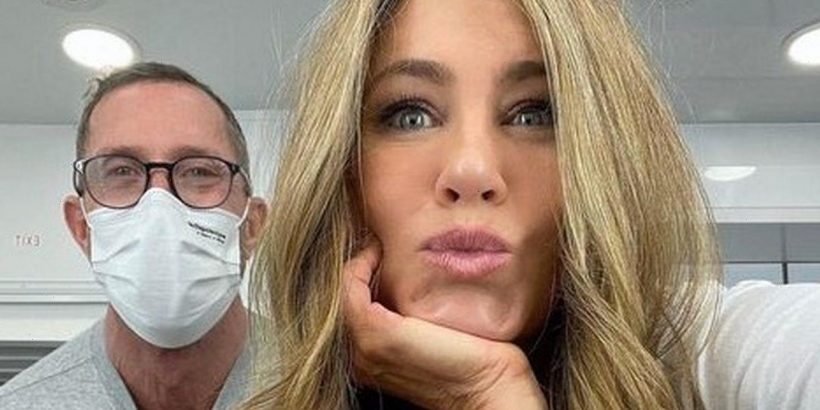 The hardworking Hollywood star has been there and got the T-shirt on sets around the world.

But working on hit shows clearly makes you tired – well, if Jennifer’s latest social media post is anything to go by.

And the 52-year-old looked seriously exhausted as she reclined with a cheeky smile on her face and her endless legs up on a sideboard after a hard day at the office.

Jennifer reclined in her chair and closed her eyes to a well-needed rest in between filming.

“And it’s only Monday,” she penned to her 36.5million Instagram followers, with a worried emoji face for good measure.

And it wasn’t long before Jennifer’s many admirers commented on her exhausting-looking snap.

“Beauty!!! Now finish filming so we can watch it please!!!!,” pleaded one fan.

While a third joked: “Too busy controlling the universe?” accompanied by a sigh face emoji.

A staggering 3.1million people liked the image, whilst 12.8k of them took the time to comment on Jennifer’s cheeky snap.

Fellow A-lister Gwyneth Paltrow wrote: "But you got legs for dayssss."

A second added: "You killed this outfit, wow!" Whilst a third remarked: "Oh, so this is what a badass, independent and powerful woman looks like."

The star’s latest post comes amidst reports that she has adopted a baby girl from Mexico.

The adoption process is understood to be finalised by June this year according to friends of the star.

And it is believed that she has also told her Friends co-stars in time for their eagerly-anticipated reunion special.

"Jen felt the reunion was the perfect time to make her baby announcement to the whole gang," revealed a source to Closer.

"While the girls already knew – as they see each other regularly – she thought it would be special to tell the boys when they were all together, as she rarely sees them these days due to their busy lives and work commitments."