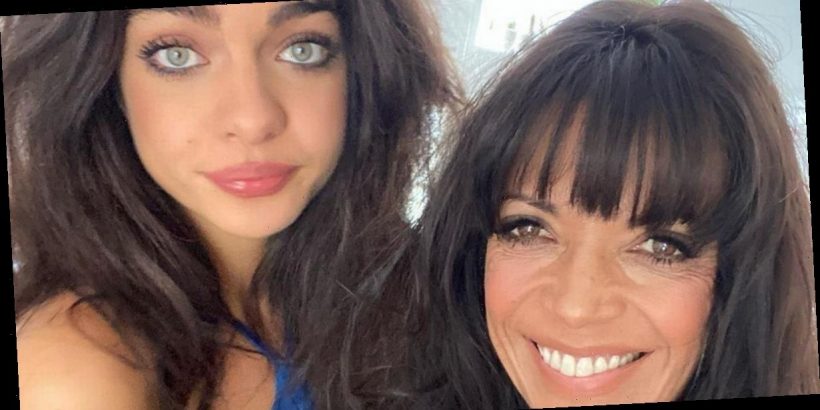 Jenny Powell has revealed that despite her dabbling in reality television such as Celebs on the Ranch and Celebrity Come Dine With Me, her daughters are not even allowed to consider carving a career down a similar road.

The 52-year-old who found fame on Wheel of Fortune back in 1995 has strict rules when it comes to sitting down in front of the box with her daughters Connie, 19, and Pollyanna, 12.

Jenny believes that Pollyanna could soon follow in her showbiz footsteps but she doesn't want to be properly trained.

The brunette beauty spoke fondly of her children as she gave an insight into their life behind closed doors.

"Connie is at university doing history of art – she's a real academic and never wants to be the centre of attention," she said.

She went on to say: "But Pollyanna has definitely got it in her, she doesn't want to go to drama school or anything.

"She'll just find herself in the right place at the right time."

When it comes to reality shows that offer hopefuls the chance to find their dream partner in front of the nation, Jenny has strong views and certainly didn't hold back.

"But neither of them are doing Love Island – no with a capital N, no chance," she exclaimed.

She added: "They're not even allowed to watch it."

Jenny has previously told how her youthful looks have left people assuming she is Connie's sister.

She has even been dubbed 'Benjamin Button' after the character who got younger as time went on and regularly posts pics of her toned body.

Jenny reckons it is down to a combination of yoga, genetics, eating well and "nana naps".

"Sleep is so important for your health and I do think it helps with the Benjamin Button thing
people keep saying," adds Jenny.

She enjoys inspiring people by showing how good women in their 50s can look and can’t ever see a time when she wouldn't wear a bikini.

"I saw there was a TV discussion of should women be wearing a bikini in their 50s – why is that even a subject?" says Jenny, "For me, I will continue to do so."

Jenny hosts the ­weekend breakfast show on Greatest Hits Radio, 6am to 10am, Saturdays and Sundays