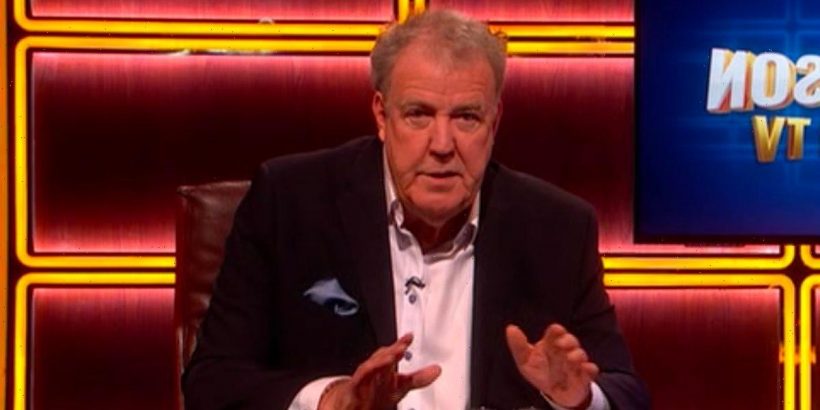 Jeremy Clarkson has warned that the marriage between Prince Harry and Meghan Markle could be heading for disaster, taking a swipe at them on more than one occasion.

Despite Meghan and Harry's "epic love story", Jeremy, 61, said he fears the couple could be coming under strain as they prepare to welcome their second child.

In his first swipe, he spoke out about the couple back when they announced they would be leaving the Royal Family and moving to California.

Writing in The Sun at the time, Clarkson said: "The tale of Harry and Meghan is an epic love story and I wish them both well, but I genuinely fear that it will not have a happy ending."

He then took aim at Meghan for not embracing her royal duties when she was in 'The Firm'.

He added: "Meghan Markle will have grown up imagining that princesses live in fairy-tale castles and spend all day riding around on golden unicorns, smiling kindly at muddy plebs.

"So it will have come as a bit of a surprise when she became a British royal and found, that on a wet Tuesday morning, she'd have to go to Carlisle on something called 'a train', to open the civic centre’s new disabled ramp.

"So, she’s obviously decided that if she can’t dine on peach and peacock and have a couple of mermaids in the gin-filled swimming pool, she won’t be opening any new toilet blocks ever again.

"I won't judge her for that. People are allowed to resign from jobs they don't like."

More recently, in March of this year, he took another swipe at Meghan as he said she is someone "much revered by the young and the stupid who believe that her brand of simpering victimhood will one day bring down the monarchy, but it won't."

"Trust me on this one. Markle's toast, and within five years, I suspect she’ll be posing for photographs, on her own outside the Taj Mahal or sitting on the back of a playboy’s yacht in the Med, and poor old Piers will realise that he lost his job over absolutely nothing at all," Jeremy added in his column for The Sun.

Topping it off, earlier this month Jeremy made a savage dig at Meghan moments into his new ITV show.

During It's Clarkson, he said: "Meghan Markle was interviewed by Oprah Winfrey… there was a moment where Meghan Markle seemed – how can I put this politely – break wind,” joked Jeremy.

Fake audience laughter was played in the background to a snippet of Meghan discussing a time after her wedding to Prince Harry and Oprah responding.

"Sorry can we just hear that again because it really does sound like Piers Morgan had a point, her pants really were on fire!" continued Jeremy.