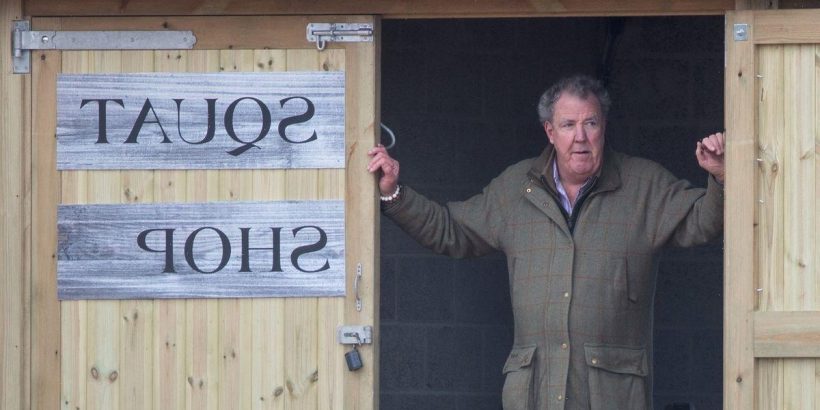 Anyone interested can pick up a box of lamb parts for an eye-watering £126.

The outspoken broadcaster-turned-farmer bought the country estate in Chadlington, near Chipping Norton in the Cotswolds, back in 2008.

But he only opened the Diddly Squat Farm Shop last year, and now he is inviting fans to swing by the store and pick up a whole lamb.

Each of Clarkson’s lamb boxes contains a veritable feast: one leg, one shoulder, 12 loin chops, four chump chops, one neck fillet, and 12 sausages.

In a recent Facebook post, the journo cracked out a phrase he often uses: “I’ve done a thing", he said.

"My lambs, brought up on Diddly Squat Farm, munching through wild flower fields and around my grassy Neolithic Fort, are now ready to go from my farm to your table”, he added.

Along with his message, Clarkson included a photo of a sheep and a dash of his trademark tongue-in-cheek humour.

Fans appeared to welcome the announcement, with one saying they’d find it "extremely hard to eat those lovely wee lambs we have been watching grow up on your farm".

Changing tunes, the same person went on to ask: “Got any mint sauce?”

Another promised to buy one of the boxes to enjoy "with some fava beans and a nice Chianti" – major points to anyone who gets the Silence of the Lambs reference.

Nodding to one episode of Clarkson's Farm, a third joined in to ask if they could "buy the one that kicked you in the nuts or is it going to auction for charity?"

The Diddly Squat Farm Shop also sells a whole range of other goodies too – although a quick search of the store’swebsiteshows there’s sadly no mint sauce to be had!