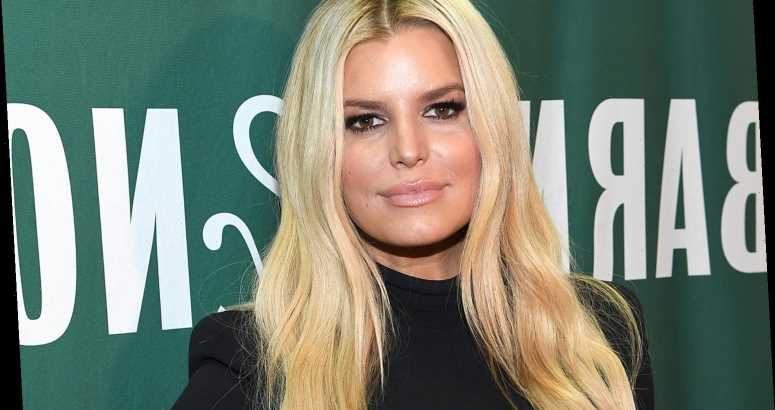 Jessica Simpson is seeing the impact of her writing.

In her memoir Open Book, the 40-year-old singer delves into the horrible sexual abuse she faced as a child at the hands of the daughter of a family friend. While it was difficult for her to share this experience, she says hearing from other women who've been through similar abuse has been "life-changing."

"The feeling is overwhelming, beautiful and humbling all at once," she tells PEOPLE. "I decided to write the book hoping I could help someone who feels overwhelmed by life, needing to read a way through all the hidden places and not feel alone with their pain. It was written to the someone who knows there is more for them in this life, but just needs encouragement to get through it with compassion for the hard stuff."

"The personal offerings of courage, resilience and hope that people have entrusted me with over the past year have meant more to me than they will ever know," she adds. "The stories have reintroduced me to my ambition as a leader. The hearts and faces behind those stories will stick with me for the rest of my life."

The mother of three kids — Birdie Mae, 2, Maxwell Drew, 8½, and Ace Knute, 7½ — says she's "profoundly grateful" to the women who've shared their stories with her and have given her "the opportunity to carry out my purpose" with her book.

In the new introduction to the paperback edition of her book, Simpson shares one of those anecdotes meeting a woman — alongside her own daughter Maxwell — who thanked her for her story.

During the conversation, the woman told his mom she was "scared it might happen to my children because I just couldn't talk about it with them." Maxwell then urged Simpson to give the crying woman a hug.

"When she walked away, Maxwell asked, 'What was she talking about?'" Simpson wrote. "'Well, in the book Mommy talks about when she was a little bit younger than you…' I paused. This was going to have to be the time for our talk. 'I struggled with somebody touching me in an uncomfortable way.'"

"'Oh, that's so sad, Mommy,'" Maxwell told her, Simpson writes, before her daughter added, "'That won't happen to me.'"

In her book, Simpson reveals she was abused by a girl who was only a year older than her.

"As a child, I didn't know what was going on," Simpson told PEOPLE last year. "I just knew I wanted to protect everybody else in the room."

Simpson also revealed that she confronted her abuser, who had also been abused, as part of her healing.

"I felt like a lot of who I am, the character of who I am, was built through the trials and the pain of abuse," she added then. "I allowed it to happen, so I felt that I was as much of the abuser as the abused. So I was very shameful during that time, from 6 to 12 years old."

If you or someone you know has been a victim of sexual abuse, text "STRENGTH" to the Crisis Text Line at 741-741 to be connected to a certified crisis counselor.