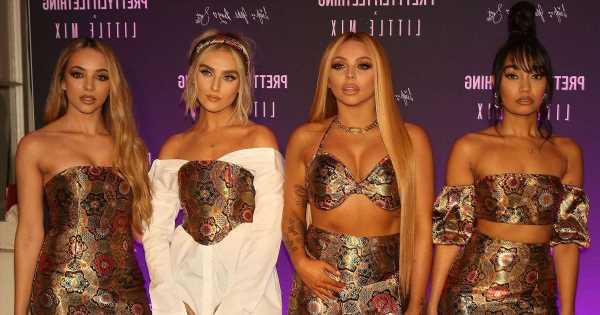 Jesy Nelson has hinted that there was tension in the hit group Little Mix before she quit.

The singer has now embarked on a solo career after leaving the BRIT Awards-winning all-girl group.

And although she refrained from criticising her ex bandmates – Leigh-Anne Pinnock, Perrie Edwards and Jade Thirlwall – the popular music star did revealed not all had been rosy before her shock departure.

"I felt like I was coming into an environment, sometimes, where people didn’t want me to be there," admitted Jesy, in a revealing interview with Cosmopolitan.

"[But] I don’t have to worry about having a music video or doing an interview wearing an outfit that I don’t want to wear because three other girls want to wear it."

Jesy was speaking in her first major interview since leaving Little Mix, with the group having carried on despite her departure.

And now the 29-year-old hopes to find success with a solo career having quit the group in December last year.

Sporting a bold red furry jacket, trendy trainers and faded jeans, Jesy looked the picture of happiness as she posed for Cosmo.

And on the front cover shot she looks stylish in a trademark crop top and sophisticated cream pants and top.

The magazine’s headline teases: “Jesy Nelson – Why she left Little Mix & What’s next”.

And that’s great new for her and her army of fans, especially after admitting she was “down” at times and that led to awkward moments in the group.

She admitted: "Sometimes I wasn’t a positive energy because I was so down. When you feel that way anyway, to be around certain people on my team that didn’t want me there was hard."

Jesy, who won X Factor with her former bandmates, also revealed in the candid interview that she had worried for years about “letting people down” and she knew that when her mental health suffered it was the right time to leave the group.

It’s been nearly five months Jesy quit the hugely-successful group, but at the time she made an emotional statement declaring she didn’t want to her mental health to suffer any longer.

"I find the constant pressure of being in a girl group and living up to expectations very hard," admitted Jesy in her statement.

"I need to spend some time with the people I love, doing things that make me happy."

She added it has all "taken a toll on my mental health" in a heartbreaking announcement.

The remaining Little Mix band members said: "We know that Jesy leaving the group is going to be really upsetting news for our fans.

"We love her very much and agree that it is so important that she does what is right for her mental health and well-being."