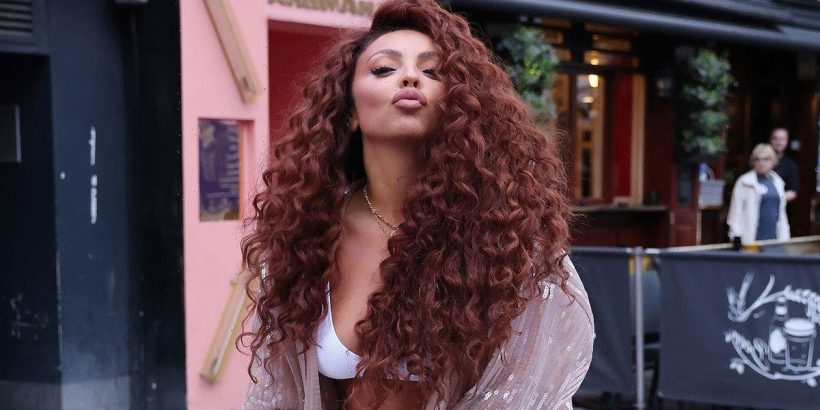 The 30-year-old is going on The Graham Norton Show to perform her debut song Boyz and be interviewed by Graham himself.

It comes after an explosive week for the singer which saw her at the centre of a huge feud with her former band Little Mix.

First Jesy was accused of ‘blackfishing’, a term used when a white person uses black culture and aesthetics for their own gain.

She then appeared on an Instagram Livestream with US rapper Nicki Minaj who defended Jesy against the allegations, and in doing so laid into Little Mix member Leigh-Anne Pinnock, calling her a “jealous clown”.

Despite the drama, Jesy is said to be hard at work rehearsing for her performance on the BBC1 show and is determined not to let anything stand in her way.

Speaking to The Sun, an insider said: "She's really giving it her all. Jesy is obviously aware of all the drama circulating around Boyz.

"It would be a lie to say it's not tainted the release, but she's still so proud with how far she has come.

"Graham is a safe pair of hands so she feels comfortable going on the show. After the past week, it's time to bring it back to the music.”

However, the damage may already be done, as some fans have taken to Twitter to say that they will not be watching Jesy’s performance on the show in light of the ongoing feud.

Leigh-Anne, Perrie Edwards and Jade Thirlwall have all unfollowed their former friend on Instagram, while Jesy only follows P.Diddy and Nicki Minaj, who she collaborated on Boyz with.

Jesy is said to be “devastated” by the backlash, feeling it is a “personal attack against her”.

"What should have been a positive and happy celebration has been somewhat tainted by what has started to feel like a personal attack against her, a source toldMetro.

"It’s starting to become a Little Mix vs Jesy storyline, when ultimately the band and Jesy have always stood for women supporting women and so it’s a shame to see this taking such a sour turn.”