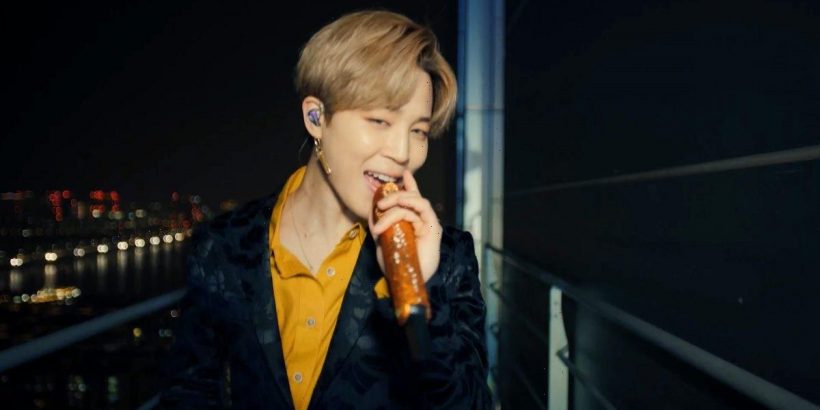 RM, Jin, Suga, J-Hope, Jimin, V, and Jungkook trained for months before officially joining BTS. Of the seven idols in this group, one of the vocalists only trained for a year before being presented to the public.

Here’s what we know about the BTS members and their trainee years.

Jimin is one of the singers and dancers in BTS

He’s BTS’ resident prince charming. Jimin functions as a vocalist, songwriter, and dancer for this award-winning boy band, performing on songs like “Permission to Dance,” “Boy With Luv,” and “Life Goes On.”

In addition to group numbers, Jimin appears in solo songs and subunit songs. On Map of the Soul: 7, that included “Friends” with V and the solo song “Filter.” Jimin also had the shortest training period of any BTS member.

Before officially debuting to the public as “BTS,” these idols trained for several months, learning singing and dancing techniques. Of the seven artists in the boy band, Jimin had the shortest time as a trainee.

“When I debuted, I had the shortest period of training,” Jimin said during an interview with Rolling Stone. “And I feel that I wasn’t fully ready and confident when we debuted. I still have my shortcomings.”

How long did Jimin train before debuting with this K-pop group?

It’s typical for some idols to train for several years under an entertainment label. In addition to taking dancing and singing lessons, some trainees took on a second language to better communicate with fans. As a talented performer at the top of his school’s contemporary dance department, Jimin only trained for a year before debuting with the K-pop group.

“My training period was only a year and the shortest out of all the members,” Jimin said, according to a fan translation of one video. “I cried a lot, was exhausted, and thought of giving up frequently. But after debuting like this… It’s so fun, amazing, like a dream.”

Jimin was also one of the last trainees added to BTS. RM, as the leader of the group, was the first official BTS member with Jungkook following shortly after. Within eight years BTS grew to become one of the biggest bands in the world. They earned their first Grammy nomination for “Dynamite,” also becoming to first K-pop group to perform at the ceremony.

“Permission to Dance” by BTS is available on most major music streaming platforms, including Spotify and Apple Music. The music video featuring Martin and the K-pop idols is now on YouTube.