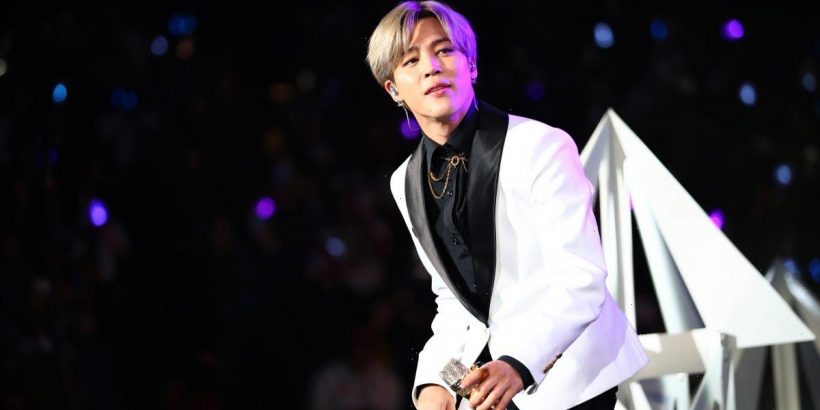 Chris Martin recorded ‘My Universe’ with the members of BTS

Coldplay X BTS Inside ‘My Universe’ Documentary shows fans a behind-the-scenes look at the making of “My Universe.” To record the song, Coldplay’s Chris Martin flew to South Korea. The documentary shows Martin overseeing the recording process and meeting Jin, Suga, J-Hope, RM, Jimin, V, and Jungkook of BTS.

“I think it’s very special to me that the most popular artist in the world speaks Korean and is like a group of brothers not from the West,” Martin said of BTS in the documentary. “And it just feels very hopeful to me in terms of thinking of the world as one family.”

The Coldplay singer added, “Then of course, when you see who they are as people and their songs. It’s really a message of togetherness and finding, being yourself. All the stuff I agree with.”

Because of the ongoing coronavirus (COVID-19) pandemic, the members of BTS had to cancel their planned 2020 world tour, the Map of the Soul Tour. In place of the tour, BTS focused on releasing English-language singles like “Dynamite,” “Butter,” and “Permission to Dance,” and in November 2020 the band made an album titled BE.

Over the past few months, Jin, Suga, J-Hope, RM, Jimin, V, and Jungkook have shared with fans how hard it was for them to have their plans disrupted because of the pandemic.

In Coldplay X BTS Inside ‘My Universe’ Documentary, Jimin told fans that making “My Universe” was special for BTS.

“A fellow singer facing the same situation came all the way here so that gave us a breath of life again,” Jimin said.

What is Coldplay and BTS’ song ‘My Universe’ about?

“My Universe” sends a message of hope and camaraderie to fans around the world. In Coldplay X BTS Inside ‘My Universe’ Documentary, the members of BTS and Martin shared their own interpretations of the song.

“There’s the universe where you and I exist. We’re all having fun like a festival. I think that’s what he’s going for,” Jimin said in the documentary.

Martin gave his own definition of the song, saying, “Well, the song is about how the power of love transcends all things, borders, and rules, and genders, and race, and every sexuality.”

He continued, “If you look at people right now who are divided by a border or can’t be together, that’s what this song is about. About how nothing can really stop people loving each other.”

“My Universe” is available now on streaming and music-purchasing platforms. It will also be included on Coldplay’s upcoming album Music of the Spheres.