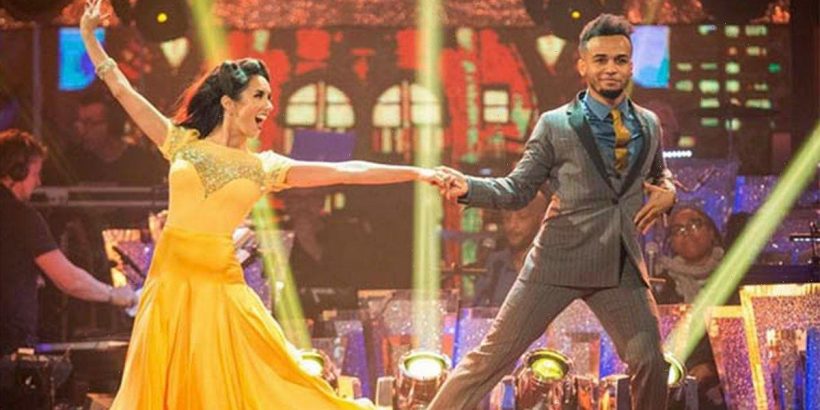 Aston Merrygold has responded to viewer backlash that Strictly Come Dancing is "fixed" after a number of celebrities with previous dancing knowledge have gone on to succeed on the show.

The JLS member, 34, took part in the beloved BBC One dance competition with professional partner Janette Manrara back in 2017 where the dancing duo managed to storm their way through to the seventh week of the show.

The TV series has become famous for being embroiled in scandal after years of being on the silver screen, with the talent show now even thought to be haunted by the Strictly curse which often sees couples form and break on the show.

But in recent years, fans of the show have started to theorise that the dance series is fixed after many celebrities with previous dancing experience have gone on to succeed on the show.

It comes as Aston unveiled a new playground made from old recycled McDonald’s Happy Meal toys at the Ronald McDonald House in the heart of Manchester.

Now, in an exclusive interview with Daily Star, they singer has lifted the lid on what it is like to work on the show and how in many cases dance experience can actually work against their favour.

When asked if the show is easier for contestants with previous dance experience, he revealed how he struggled to succeed on the show retraining his body to dance in a different style.

He said: “Not with that show, I think if they’re trained in Latin and ballroom, then of course. But I think it’s almost at a disadvantage and the pro’s will probably tell you this.

“With someone like myself, like Janette was pulling her hair out because I had to stand in a certain way but I was so used to standing in the way that I do when I'm performing.

“She was like I almost want you to be a blank canvas because this is actually harder to make you move left when you want to go right. Literally it just is what it is.”

The dad-of-two added that viewers need to remember “everyone is in the entertainment industry” nowadays so it is impossible for producers not to sign up stars with previous performance experience.

He went on: “So I think, we’re all in the entertainment industry, no one kind of makes it by luck in this day and age.

“I think a lot of people don’t realise how many people have gone to movie theatre schools and colleges and whatever else – there's always been somewhat training for a lot of people.”

Aston continued: “Most people would think that about me, but it’s like just because I’ve got performance experience [doesn’t make me any better]. I was less trained than most people on that show anyway.

“It’s six of one, half a dozen of the other, I just think it’s an entertainment show – I think you have to take it for what it is.”

Speaking about his time at the newly installed park at the Rondal McDonald’s park, the doting dad explained the wonderful new playground is a “sanctuary for people” raising children with illnesses.

“It’s just a place that I think is a bit of a sanctuary of relief for people. [You can] Have a cry, have a chat, have a bit of alone time or have a conversation with someone.”

The Ronald McDonald Houses provide free ‘home away from home’ accommodation for families of poorly children. A little change can change a lot, donate via the McDonald’s App.

For more of the latest showbiz and TV news from the Daily Star, make sure you sign up to one of our newsletters here .