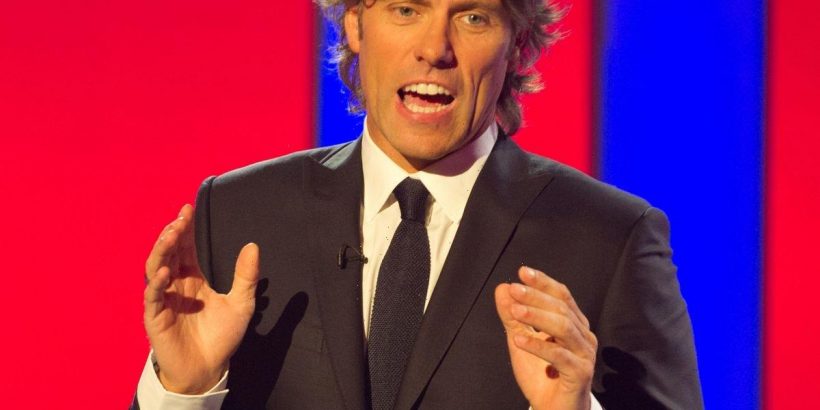 Doctor Who star John Bishop is refusing to censor his jokes to keep snowflakes happy.

The comic, 55, thinks it is vital he doesn’t worry if he’s being offensive when writing gags.

He told the Daily Star Sunday: “It’s not possible to double-check everything you think and say. If you did that, you’d never say anything.

“I can’t live like that. I can’t operate as a comedian who double-thinks everything.”

John launched his new chat show on ITV last night and he’s fully prepared for his material to offend some viewers.

He said: “Of all the TV shows I’ve done, this one is the closest to a stand-up gig. I want to bring the atmosphere I get at live gigs into
people’s living rooms and there’s a joy in that. But it’s also a gamble.

“When you’re on a TV show, you’re in their living room uninvited. There are bound to be people who say, ‘He swears too much’ or ‘I wish he hadn’t gone on to that topic’.

“There is inevitably going to be something that is going to upset somebody. But there’s nothing you can do about that. We’ll just have to wait and see what happens.”

The show is likely to divide opinion on social media. But John is confident the moaning we see online doesn’t reflect the way most people feel about things.

He said: “There are two worlds. One is the world that’s online where everyone has an opinion. And there’s the world you get at a gig where you’re all in the same room and people have bought a ticket to see me.

“When they do that, they know what I’m about so I’m less likely to say something that will upset them.”

John is one of the biggest stars on TV, but he still loves doing stand-up. At the moment he’s touring to give fans a much-needed giggle.

He said: “It feels like I’m bursting a bubble at every show because there is so much pent-up desire for light relief. It’s great.

“We’ve missed the ability to be able to laugh without feeling naughty or guilty. We need to get that back again.”

The John Bishop Show continues next Saturday on ITV.