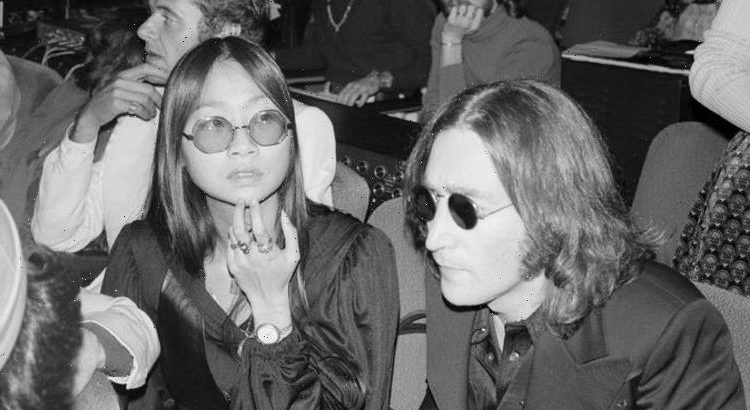 John Lennon married Yoko Ono on March 20, 1969 and enjoyed a few years with ​her as her husband. When Ono eventually felt a little crowded by Lennon, she urged him to give her some space while taking some time to see their new assistant at Apple Corps Headquarters, May Pang. Pang and Lennon then embarked on an 18-month love affair, a period of his life Lennon later called his “Lost Weekend”.

Pang and Lennon moved out to Los Angeles to be together and set up a new life.

But in 1974 Lennon returned to living in New York with Yoko.

In an interview with The Beatles Bible in 2011, Pang set the record straight on Lennon’s time with her​ by announcing​: “He wasn’t miserable for 18 months. It was a productive time for him.

“He reached artistic heights and healed a lot of his personal relationships, though they were mysteriously fractured again in later years.”

She said: “I just get tired of the same rehashing of lies and myths.

“Even after the story is set somewhat straight, as it was when Larry Kane had interviewed Yoko for his book, certain people continue to spout the party line.

“People, I might add, who weren’t around us or, if they were, were not around as much as they’d lead you to believe.”

What do you think? Should John Lennon have stayed with May Pang? Join the debate in the comments section here

The Beatles: Get Back documentary teased by Peter Jackson

Pang also wanted to make it clear that Ono didn’t have anything to do with her relationship.

She said: “Yoko didn’t send us to Los Angeles; they didn’t reunite at Elton John’s concert.

“If John was so intent on returning home, why was Paul [McCartney] sent out to Los Angeles to talk him into it? And he wasn’t the only one asked to get John to return back to [New York hotel] the Dakota.”

Pang added that Ono did, however, give her and Lennon orders about their relationship.

Pang said: “The problem was 99 percent of her calls weren’t: ‘Hello, how are you?’

“First they were directives to keep our relationship quiet, which was fine with me. Then John ‘announced it to the world’ by kissing me for Time Magazine and crisis mode kicked in.

“She would call with instructions of what to say, that she had thrown John out. She’d call every day to remind us of what to say. One drama after another.”

Eventually, Lennon met up with Ono in New York in 1974 to experience some hypnotherapy for his smoking habit. He never returned home to Pang.

Lennon eventually rekindled his love with Ono and broke it off with Pang.

Just five years after that, Lennon was shot and killed by Mark David Chapman on December 8, 1980.