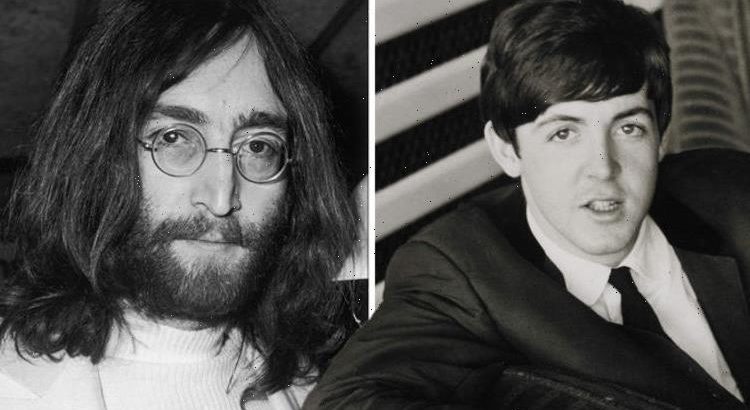 The Beatles: Get Back preview clip

In 1969 The Beatles were working on their final album, Let It Be. A year later, in 1970, the band would split. Before recording the record, Paul McCartney told John Lennon he wanted to change things up for this album in order to have a more pristine sound – just like a popular folk duo. This didn’t go down well.

John Lennon told a Rolling Stone reporter at the time that McCartney wanted to start preparing for their recording sessions in advance.

He laughed: “Paul had this idea that we were going to rehearse or… see it all was more like Simon & Garfunkel.

“Like looking for perfection all the time. And so he has these ideas that we’ll rehearse and then make the album.”

Normally, the band would arrive at their recording studio and begin tinkering with their song ideas until an album was eventually recorded.

On the other hand, Simon & Garfunkel were known for spending a lot of time preparing and perfecting their albums”

What do you think? Should The Beatles have prepared more? Join the debate in the comments section here

This extra piece of work was not something Lennon was open to doing for the band’s album.

The Imagine singer added: “I’m not, anyway. And we couldn’t get into it.”

The Beatles: Get Back trailer released by Disney

The singer was then quizzed by the reporter on how long it took for the band to record Let It Be in its entirety.

Lennon exasperatedly replied: “God knows how long … and we put down a few tracks, and nobody was in it at all.

“It was a dreadful, dreadful feeling in Twickenham Studio, and being filmed all the time. I just wanted them to go away, and we’d be there, eight in the morning.

“You couldn’t make music at eight in the morning or ten or whatever it was, in a strange place with people filming you and coloured lights.”

At the end of it all, Let It Be hit the number one spot on the Billboard 200 and stayed there for 61 weeks.

Comparatively, Simon & Garfunkel’s albums at the time – Bookends and Bridge Over Troubled Water – both hit number one and stayed there for 66 weeks and 87 weeks respectively.

Although Simon & Garfunkel’s albums both beat Let It Be, the Fab Four’s final album produced more number one singles than any one of the folk duo’s records.

Let It Be enjoyed three number one singles – The Long and Winding Road, For You Blue and Let It Be.

Simon & Garfunkel released three number one singles – Mrs Robinson, The Sound of Silence and Bridge Over Troubled Water – but each of them came from separate albums.

Years later, after The Beatles split, Lennon approached Art Garfunkel for advice on whether to reunite the band.

He reportedly asked the singer: “Arty you worked with your Paul [Simon] recently, I’m getting calls from New Orleans that my Paul [McCartney] wants to work with me.

“I’m thinking about it and I don’t know. How did it go when you worked with Paul [Simon]?”