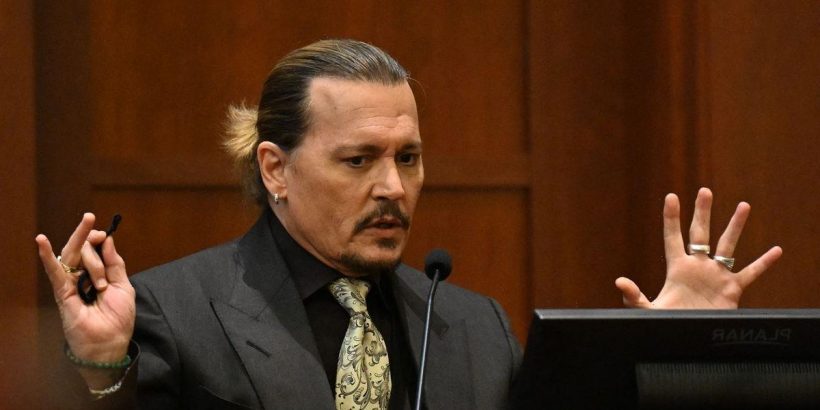 Hollywood star Johnny Depp took to the stand for the first time in the £100million civil defamation case to provide evidence against his ex Amber Heard.

The actor, 58, claims her domestic abuse accusations have not only damaged is reputation but also his career.

Depp, who is suing Heard for more the £38million in damages, explained he'd gone from being "Cinderella to Quasimodo" as a result of previous claims.

The Pirates Of The Caribbean star admitted that giving evidence for the first time in Fairfax, Virginia (Tuesday April 19), wasn't something he found easy to do while he described himself as "private person".

He told the jury: "It's very strange when one day you’re Cinderella so to speak then 0.6 seconds later you’re Quasimodo."

The star added: "I didn’t deserve that nor did my children nor did the people who believed in me all these years. I didn’t want any of those people to believe I had done them wrong or that I was a fraud.

"Today is the first day I have been able to speak about this case for the first time."

Depp was quizzed about his feeling surrounding the very public case, he responded: "As a father raising kids, you know when they were very very little it was important to me, very important to me, to try and shield my children as much as possible from looking at their father, or their mum for that matter, as novelties. I didn’t want them in front of hoards of paparazzi.

"I was always a private person.

"So for me to come up here and stand before you all and spill the truth is quite exposing and it's unfortunate that it is not only exposing for myself but for my family, for Miss Heard. It never had to go in this direction. So I can't say I am embarrassed as I know I am doing the right thing."

While Depp is suing Heard over claims she tarnished his career, the actress, 35, has also filed and countersuit against the actor for £78million in damages.

Her counterclaim insists that Depp's legal team had falsely accused her of fabricating claims and orchestrating a "smear campaign" against her.