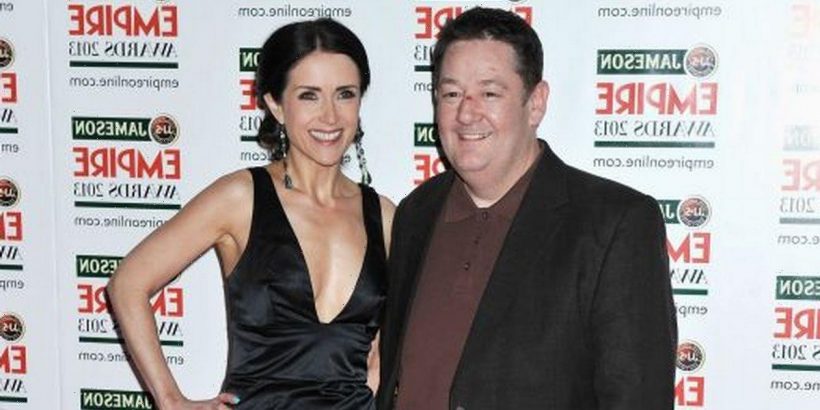 Comedian Johnny Vegas is back on our screens in a fun new Channel 4 documentary.

Johnny Vegas: Carry on Glamping follows the 50-year-old TV star on a journey to discover the “coolest” campsites in Britain.

But did you know household name Johnny has a very famous ex?

He was married to Maia Dunphy for just over seven years before the couple, who have one son, split in 2018.

Maia, 44, is an Irish television producer, broadcaster and writer – and married Jonny in Seville – her mother’s home Spanish town, back in 2011.

She has produced and written a string of comedy shows including Podge & Rodge, as well as Katherine Lynch’s Wagon’s Den.

The Dalkey TV producer also worked with Dustin the Turkey and has written regular columns for The Dubliner magazine, the Irish Times, the Irish Independent Insider Magazine and the Evening Herald.

Johnny’s ex also worked with the iconic puppets Zig and Zag and starred on the second series of Dancing with the Stars.

The couple actually met on the set of Podge and Rodge and love blossomed.

They have a six-year-old son, Tom, but sadly broke up three years ago and, despite a brief reconciliation, split again for good last year.

“Johnny and I are not together now,” she revealed to the Sunday Independent’s Living magazine in April last year. “It’s difficult and heartbreaking and a source of daily sadness for me.

“It’s something I am deliberately nebulous about because I don’t want it to define Tom [the couple’s son] or me, and I don’t want to talk publicly about it.

“Like many people in the same situation, I’m just doing my best to get on with life under painful circumstances.”

Maia admitted “I completely understand” why people are so interested in Johnny and that after marrying him plenty of doors opened for her in the TV industry.

She admitted she offered reality shows and daytime TV slots in the UK, the “kind of breaks people in my line of work might dream of”.

But she stressed: “I had no interest in suddenly being Mrs Vegas. I worked too hard for that.”

Johnny’s new show sees the popular comic buy old buses and other vehicles and then transform them into luxury and bespoke glamping venues.